The following 101, on homemade cultured butter, comes from HOMEGROWN’s flock tender, Jennifer, who loves butter but tries to save it for special occasions. Like meals. 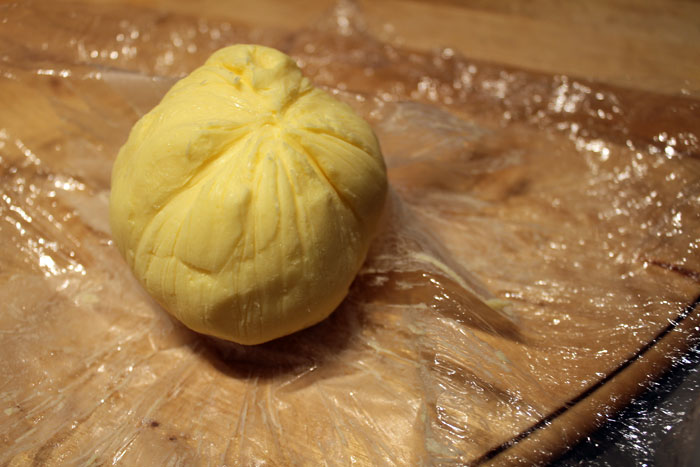 Fermented cabbage. Fermented beets. Fermented soda. But fermented butter? Hey, why not? When I saw Melissa Clark’s story on the stuff this fall in The New York Times, first I was intrigued:

“Before the widespread industrialization of the dairy industry, most butter in the United States was made with cultured (also called clabbered) cream,” she writes. “Fresh cream from the evening milking would be allowed to sit out overnight so that the milk could settle and the cream could rise to the top.”

And then I was hungry:

“During those unrefrigerated hours, the micro-organisms in the milk caused it to sour ever so slightly, taking on a nutty tanginess. This cream was then churned into butter, which retained those delightful flavors.”

With the advent of pasteurization, which killed off any critters swimming around in dairy farmers’ cream, cultured butter was mostly extinct here in the United States by the late 19th century. In recent years, however, a European peccadillo for the stuff has dog-paddled back across the Atlantic. In her story, Clark shares a list of cultured butters, both foreign and domestic, available in American groceries. Or, as she writes, sounding downright HOMEGROWN: “You could always make your own, and I think any true butter fanatic should try it at least once.”

That was all the urging I needed. Following Clark’s instructions, I made cultured butter. And then I turned half of that butter into cookies, sort of like shortbread except richer. Nuttier. Tangier. Butterier. As a bonus, I’ve got the byproduct, buttermilk, sitting in the fridge, waiting for a go at Clark's equally delicious-sounding cultured buttermilk biscuits. 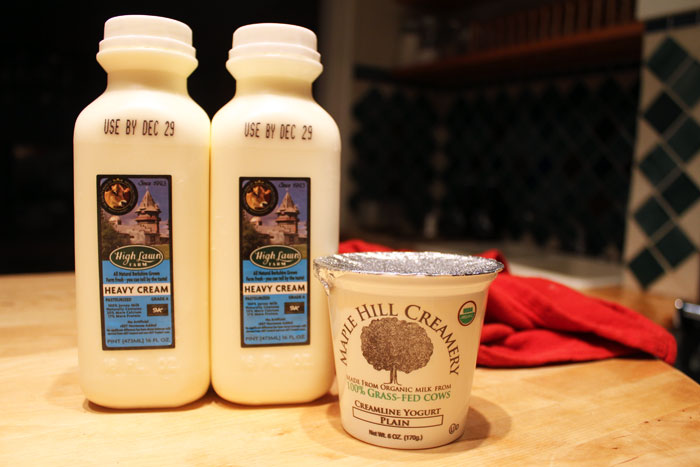 1. Put the cream and the yogurt in a bowl. Whisk briskly until thoroughly combined. Cover the bowl with a clean towel and let it sit in a warm spot for 18 to 36 hours. 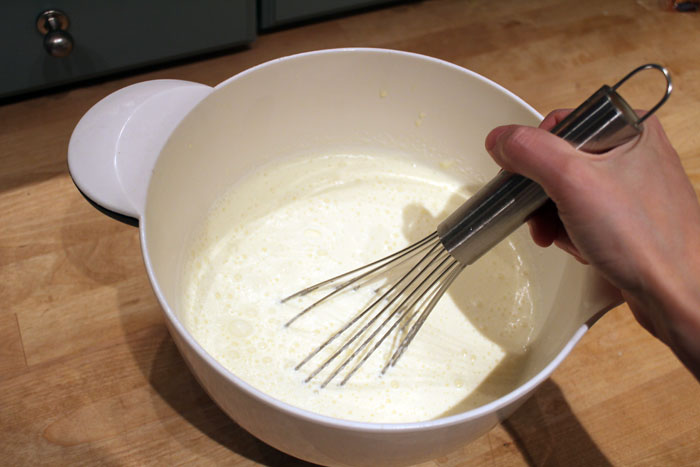 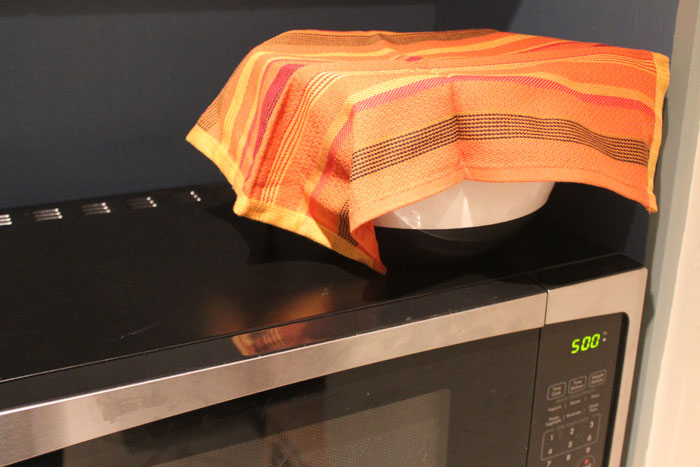 2. At the end of its rest, seal the bowl with plastic wrap and stick it in the fridge until the butter-to-be comes to 60 degrees F. (For me, this took 1 hour.) If you leave the butter in the fridge longer, allow it to warm up to 60F before proceeding. 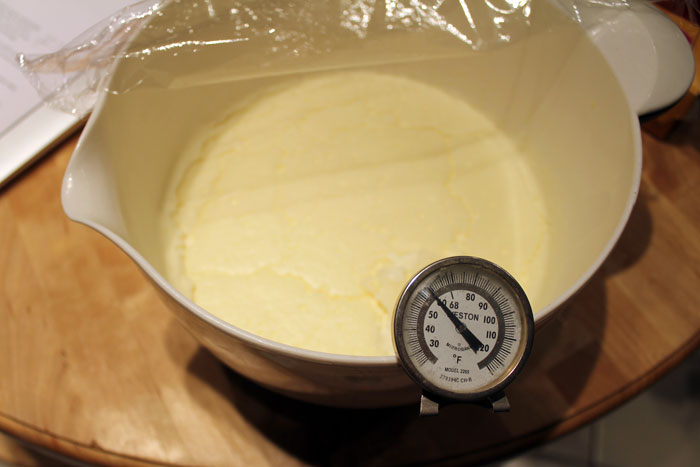 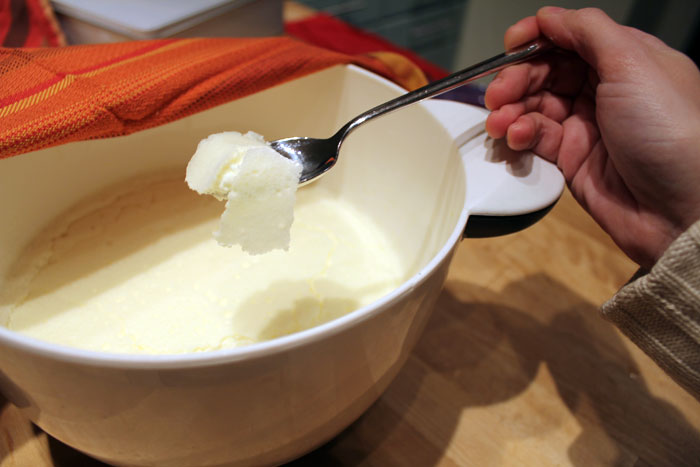 3. Transfer the mixture to a food processor and process on high until the curds separate from the buttermilk, about 2 to 3 minutes. As Clark says, this will look like watery cottage cheese. 4. Line a fine-mesh strainer with two layers of cheesecloth, leaving lots of overhang, and place the strainer over another bowl. Pour the buttermilk through the strainer. Dump in the curds. Let all of the liquid drip through before twisting the cheesecloth into a ball and squeezing it like you mean it. 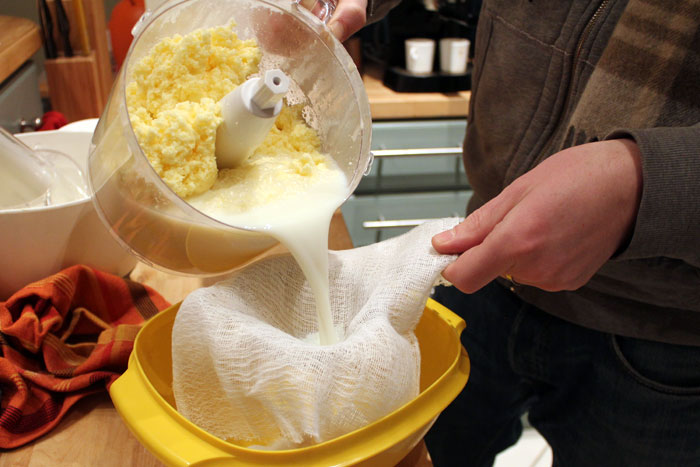 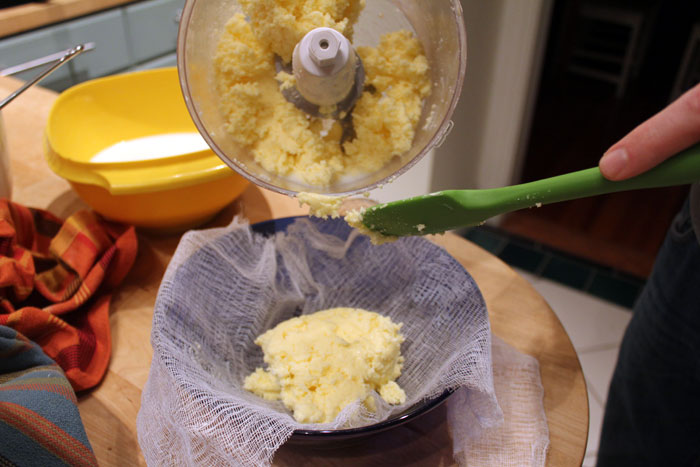 5. Transfer the buttermilk to a jar for storing in the fridge. Unwrap the butterball from the cheesecloth, giving it another good squeeze, and set the butterball in the bowl. Pour 1/3 cup ice water over the butter to wash it then drain off the water and discard it. Clark recommends using a spatula to help bathe the ball by folding the butter over itself and rinsing five or six times, but my butter was pretty cold and solid by round 1. I gave it maybe three rinses and called it a day. 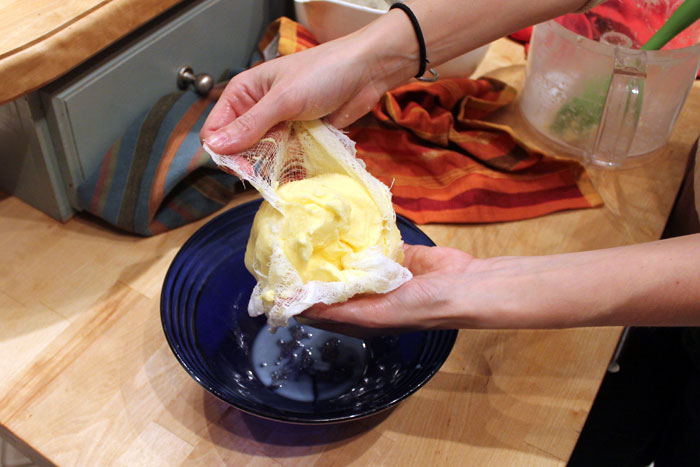 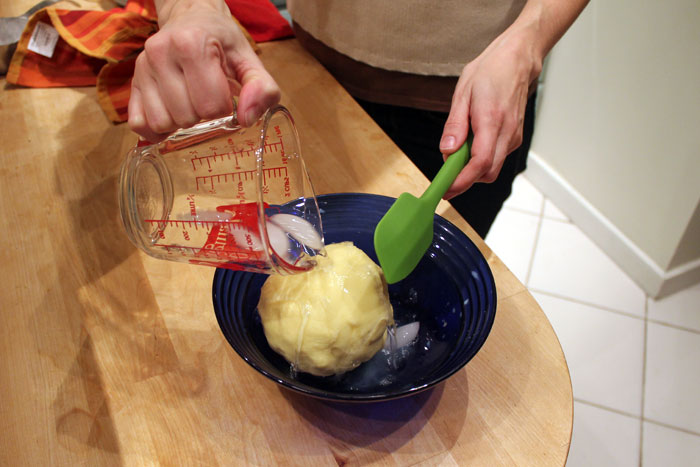 6. Put the butter on another clean towel (I don’t know about Clark, but finding two kitchen towels that were clean at the same time was a mini miracle for me) and pat gently to remove excess moisture. Knead a little, pat a little. Sprinkle with salt and knead to combine. I’ll be honest: I opted for minimal kneading, to no apparent detriment. 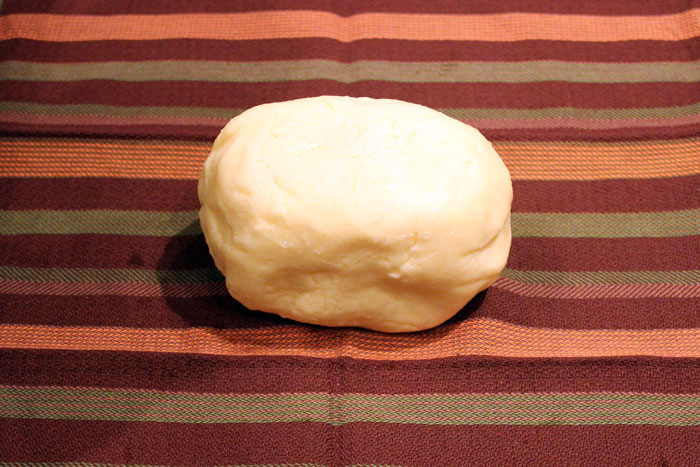 7. At this point, I split the butter in half since I wanted to use some soon—hello, cookies!—and some later. The cookie-designated butter I left in a ball. I formed the other half of the butter into a semisuccessful log. Whatever shape you manage to attain, swaddle it tightly in plastic wrap (or parchment if you’ve got it; I’m not that fancy), twisting the ends closed, and refrigerate it until you’re ready to use it. Clark says the butter will last a month in the fridge. Onward to the cookies! 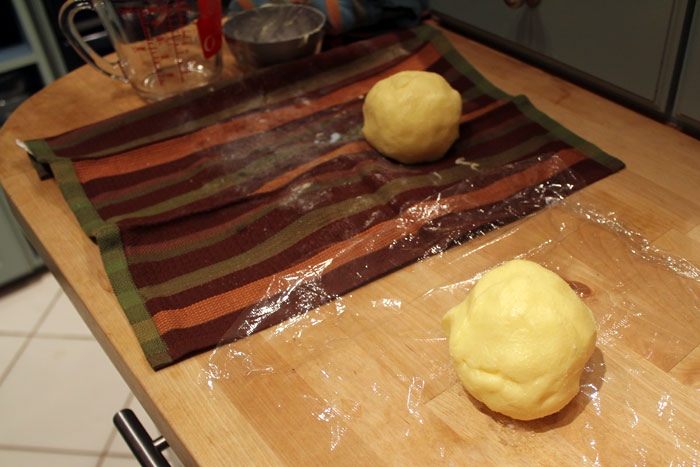 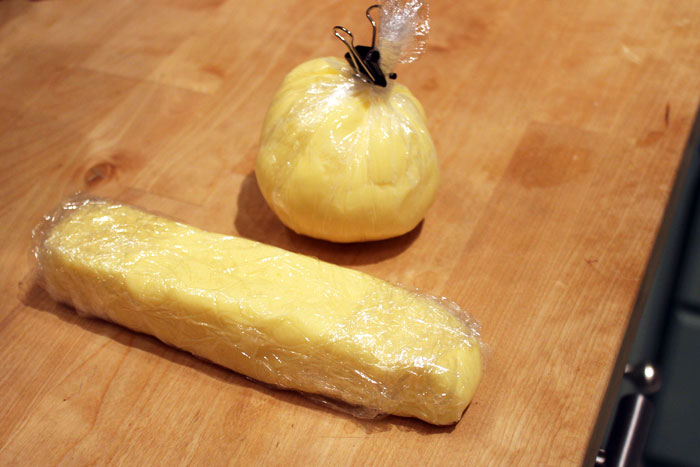 From Melissa Clark’s recipe in The New York Times. Makes about 3 dozen. 1. Sift together the flour, baking powder, and salt.

2. Using a standing or hand mixer, beat together the butter and granulated sugar until it’s light and fluffy then add the egg yolk and beat some more. With the mixer set to low, add the flour mixture and beat until everything is thoroughly combined.

3. Split the dough into two balls. On a clean counter (no flour), use the palms of your hands to roll each ball into a log that’s 1 ½ inches in diameter. (Seriously, what’s with all the logs?) Sprinkle the turbinado onto plastic wrap or parchment and roll each log in the sugar until the outsides are covered. Seal the logs in plastic wrap and chill at least an hour or overnight. recommends lining your baking sheet/s with parchment; I used a Silpat. (OK, sometimes I’m a little bit fancy.) Use a large, sharp knife to cut each log into ¼-inch-thick slices. Place those 1 inch apart on your baking sheet/s and bake about 18 minutes, until the cookie bottoms and edges are a dark golden brown. Let cool 5 minutes on the sheets before transferring to a wire rack . . . and then to your gullet.

Got another use for cultured butter? Post it below and keep the conversation rolling! If you're looking for butter with less fermentation, check out the basic Butter Making 101. If you’re hungry for more baking projects, you might give Kari's Homemade Crackers 101 a gander. You can always find more things to cook, preserve, make, craft, plant, grow, and ferment in the HOMEGROWN 101 Library.

Oh NO!  Another project to add to my DIY list...

I think this site is going to be bad for me.  :-)  And I wouldn't call myself a fermenter...more of a fermenter "wanta be" or, at best, an apprentice!  I have been making my own yogurt and yogurt cheese for a while now and stepped into veggies with a few batches of daikon and a basic cucumbers/pickle.  Cultured butter is definitely moving up the list though!

Daikon pickles sound dreamy—as does yogurt cheese. Yum! For yogurt, are you making Greek or regular?