It was with mixed emotions that we pulled up our garden this year: melancholy as we summarily uprooted the plants we had spent so many months tending tempered by—we admit it—relief over earning a break from the constant care and monitoring.

But gardening doesn’t come to an end when the plants come out of the ground. There are a few simple things you can do to protect your soil over the winter and set yourself in good stead for the next growing season. To get the dirt on garden winterizing, we talked to Jacob Keszey of High Mowing Organic Seeds, a farm-based seed company dedicated to sustainable agriculture in Wolcott, Vermont, and an active member of the HOMEGROWN community. (In his spare time, Jacob runs Humble Rain Farm, a commercial vegetable operation in nearby Waterville, so he knows his stuff.) 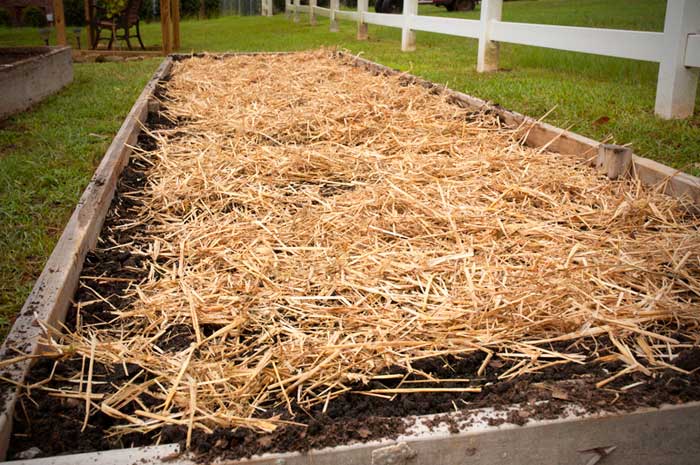 The following information is geared toward beginner gardeners rather than experienced growers and farmers, but the principles are the same. And, of course, there’s always another option besides winterizing: to keep right on growing. More on all-season gardening below, too.

“One really important thing we stress is complete and thorough cultivation and residue removal,” Jacob says. In other words, when packing up the garden for winter, take out everything that’s dead and dying. Yep, we know: You're pooped, even tired old roots can be tough to exhume, and decaying plants can make for a nasty, rotting mess. But it needs to go.

“Some people will till in plant matter, but in today’s world of tomato blight, if you’ve had any hint of blight, or maybe even think you’ve had blight, take everything out, including the root mass,” Jacob says. In short, when in doubt, yank it up. Any plant material left in the soil can act as a cozy wintertime host for pests and diseases—not just blight, but cucumber beetles and all sorts of unfriendly critters and freaky bacteria. Get rid of it.

The one possible exception? Nitrogen-fixing legumes and greens. If you’re leaving any of that behind, till it into the soil with gusto, Jacob says. And then blanket it with a cover crop. (More on that in step three). 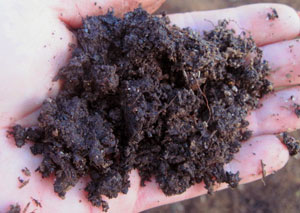 Anything you pull out of the garden should be safe to compost—unless you have known instances of disease. “If you’ve got blight or another funky mold, don’t put it into your compost pile,” Jacob says. “Burn it or throw it away.” Everything else? Toss it in. This is a great chance to build up your pile.

In addition to adding plant material to your compost pile, now is a fine time to add some compost to your soil. Officially, the jury’s still out on this one: By adding compost to your soil before winter, you’ll lose some nutrition due to rain and snow. But compost is excellent food for your cover crops (see step three) and it’s a good way to make use of that summer-rich compost while it’s ripe. “The debate goes back and forth, but I recommend adding compost in fall and spring,” Jacob says. This way, you’re a step ahead come springtime—one less task you’ll need to devote quite so much time to when you’ve got bigger fish to fry. Er, make that lots of seeds to start. For more on composting, check out this HOMEGROWN 101.

soil—essentially, a living blanket. You can buy cover crop seeds in small amounts, small enough, even, for backyard raised beds. But they will require some work, and different cover crops do different things, so it's important, Jacob says, to figure out what your priorities are when choosing a crop. For example, some crops specialize in nitrogen fixation, or taking nitrogen out of the air and putting it into the soil. Others help with things like erosion control, adding organic matter to the soil to improve its tilth or fluff, reducing soil compaction, weed suppression, and water retention. And some overachieving cover crops perform a combination of the tasks above.

Nitrogen fixation, though, stands a bit apart from the rest. “For this, only leguminous crops will do,” Jacob says. “In our world, that means clover, hairy vetch, and field peas. Otherwise, if you want really excellent erosion control, go with clover; it’s got a really dense root mass. If you want to impart more organic matter, certain blends of oat and rye are best.” Choosing a cover crop isn’t always a one-or-the-other situation; High Mowing, for example, carries a seed blend that’s 75 percent winter rye and 25 percent hairy vetch, a hardy mix popular with customers in New England. 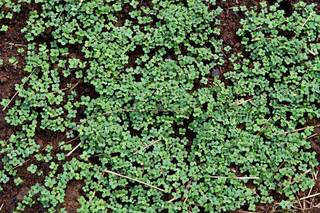 Like pretty much every other decision in gardening, what cover crops you choose and when you plant them depends on where you live. Gardeners in some parts of the country can’t grow buckwheat in the fall, while others can grow field peas year-round. For when to plant, the general rule is to put your cover crops down as soon as you’ve got everything else out of the ground. Otherwise, you’re leaving your soil bare and vulnerable to nutrient leeching and water runoff. For help in determining specifically when and what types of cover crops to plant in your area, Jacob recommends Cornell University’s Cover Crop Decision Tool.

Timing doesn’t only come into play in terms of when to plant your cover crops. You’ll also want to think about how long you’ll need to leave them in the ground come spring. While some cover crops go into rest periods over the winter (hey, don’t we all), many essentially die off, or winter kill, before coming back up in the spring.

Once they have revived, you want to let your crops come to maturation before mowing them down, and mowing—with a lawnmower, or with a weed whacker or a scythe if you're working in a raised bed—is key to avoiding more back-breaking labor than necessary. Whichever tool you choose, you want to let it do the lion's share of legwork in cutting back the cover crops. After mowing, you’ll want to wait a few days to allow those mown crops to decompose a bit before tilling. That decomp period will make the plant matter easier to till—and for backyard gardeners without a Rototiller, tilling can require some elbow grease. A shovel or a wheel hoe or even a hand spade will work, but you've got to really get in there and turn the soil.

Once you’ve tilled the soil, you’ll want to wait another week or two to let that newly fertilized soil get comfy. Then, and only then, do you want to plant your food-producing crops. In other words, there’s a fair amount of waiting built into the process. But just think what dark, rich, delicious soil you’ll be building. And just think of all the work that’s still to come. Suddenly mandatory rest periods don’t sound so bad.

Before we move on, just a note that, in general, cover crops are meant to be protection for your soil—not food for you. While you can plant oats, buckwheat, and rye as cover crops, you want to till them in before they go to seed. Otherwise—dum dum dum—you can expect weeds later. So, don’t think of cover crops as food. Think of them as a blanket. You don’t eat your blanket, do you?

For more on cover crops, check out this handy 101, and for more specifics on how to plant them, give this blog post by High Mowing a gander.

Instead of planting cover crops, some gardeners, especially home gardeners working a small patch of ground, choose to mulch. The idea here is roughly the same as cover cropping: You’re laying a blanket over your soil. But instead of planting a crop, you’re simply spreading material—be it commercial bark chips or straw or leaf litter. Con: You're not reinvesting nutrients into your soil. Pro: You don't have to mow—or to till with quite as much muscle. The size of your garden may be the chief determining factor. Choose wisely.

“There are lots of benefits to mulching on a small scale,” Jacob says. “It conserves moisture, inhibits weeds, and moderates soil temperature, so that you don’t get those really hard freezes and really high heat spikes. And, because of that temperature moderation, you can often get into the soil a bit earlier in the spring.” Score! This one’s for all you production-oriented types who just can’t stand to see soil with no food in it. Jacob likes it, too: “I’m a big garlic grower, a big garlic fan,” he says. To be clear, garlic doesn't add amendments the way cover cropping can, so you're continuing to work the soil more than you're letting it rest. But you can always give your garlic bed a nice break when you pull up your mature bulbs in midsummer. And you can always mix and match options A, B, and C if you've got multiple raised beds.

For details, check out the Growing Garlic 101. But the basic process is simple: Break mature garlic bulbs into cloves and plant those 2 to 4 inches down, 8 inches apart, then cover your soil with 3 to 5 inches of mulch—straw, leaf litter, whatever you’ve got. Aim to plant your garlic 2 to 4 weeks before the first hard freeze; in Vermont, that’s mid-October, but timing changes dramatically from zone to zone. Garlic needs about nine months to mature, so you can’t plant it in a spot you’re saving for tomatoes. But otherwise, it’s pretty much a win-win. “You can keep your own seed,” Jacob says. “And it’s so hardy, it’s hard to screw up. It’s idiot proof.”

Now that’s right up our alley.

Or you can keep on trucking and garden all winter long. This is advanced territory and, in much of North America, requires a hoop house or some other type of protection from the elements. But—HOMEGROWN to the rescue!—what do you know? You can find help on those topics here.

• In this 101, HOMEGROWN member Matt shares plans and resources
for winter planting. 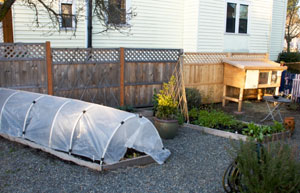 • And in this sequel, he reports on building a low tunnel.

• Ready to take the plunge, feet first? This 101 covers how to build a hoop house.

• And, of course, there’s the guru of year-round growing, Eliot Coleman of Maine's Four Season Farm. Coleman’s books include The Winter Harvest Handbook and Four-Season Harvest. If you’re not quite ready to dip a toe into winter gardening this year, curling up with a Coleman book sounds like a fine cold-weather activity.

Got a question for your fellow gardeners? A winter-ready tip to share? Post it below and keep the conversation rolling. In addition to the links above, you might check out the HOMEGROWN group devoted to Growing Indoors, and you can always find more things to plant, grow, make, craft, cook, preserve, and shovel in the HOMEGROWN 101 library.

Used a cover crop mix this year on several of my raised beds and was rewarded with great yields.  The main drawback is the work of digging the biomass in once you have cut everything down.  I don't use a rototiller; just a shovel.  I put in some cover crops this fall as well, but will mulch the remaining beds with straw.  My plan is to cover crop the beds in a several year rotation and concentrate on areas where the soil needs a little extra help.

I believe it was a mixture of the following:  A mix of annual rye grasses, crimson clover, common vetch, forage peas and yamhill wheat.  (At least that is what the store carries this year).   My record keeping leaves something to be desired.  I am striving to keep better records.