The following 101, on homemade horchata, comes from HOMEGROWN’s flock tender, Jennifer, who could drink this stuff by the gallon. There are as many variations of horchata as there are ways to make any one of them. In Spain, horchata is made from tigernuts. In Mexico, it’s rice and cinnamon. In Puerto Rico, it’s sesame seeds. Some versions are sweetened. Some aren’t. Some changes occur from neighbor to neighbor. You get the picture: Everybody likes horchata the way her mom made it.

My mom didn’t make horchata, so I went looking for a Mexican-style recipe I could teach myself that called for sweetened condensed milk, since I had some on hand. I used this Kitchn tutorial as my guide and took the bit about most types of rice (basmati, long grain white, long grain brown) all producing equally tasty results to heart. In the spirit of experimentation, I tried brown basmati and loved it.

Got another approach to horchata? Post recipes or links in the comments box below! Salud!

» ¼ cup sweetened condensed milk, or more to taste (homemade, if you've got the time)

1. Put the rice and water in a big bowl. Crack the cinnamon stick into pieces and throw that in, too. Add hot, but not boiling, water. Let the bowl sit until it has come to room temp then cover and refrigerate at least two hours or, better, overnight. 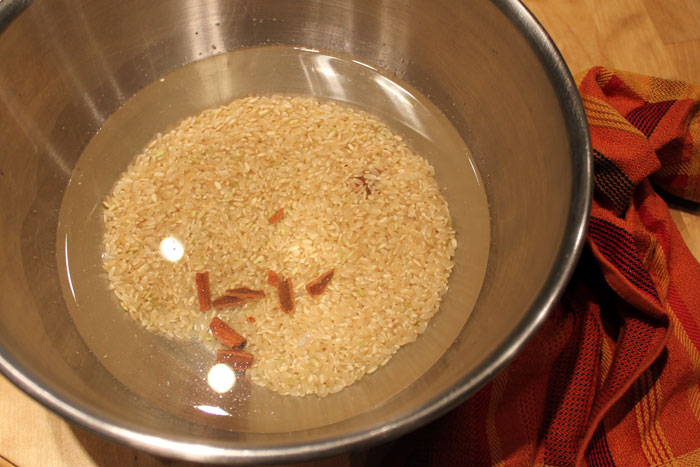 2. I’ve found that my immersion blender isn’t always up to task of chunky items (mushy peas, I'm talking to you), so the next morning I dumped the bowl's contents, cinnamon included, into my regular blender. Blend (I chose the “liquefy” button) until the mixture looks supersmooth, about 2 or 3 minutes. Below: before blending on the left, after blending on the right. 3. Set a strainer over a pitcher and pour your blended mix in. Use a spoon or spatula to really get in there and squeeze out as much liquid as possible. You’ll need to discard your spent rice goop as you go. (If anybody has a suggestion for using this stuff—maybe a porridgelike rice pudding?—please post a comment below!) 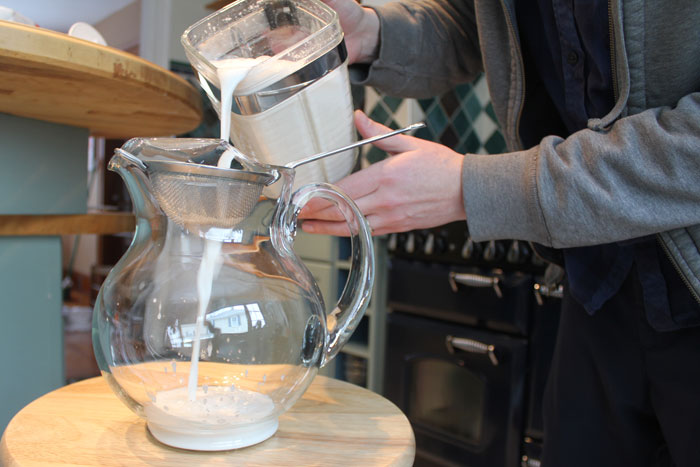 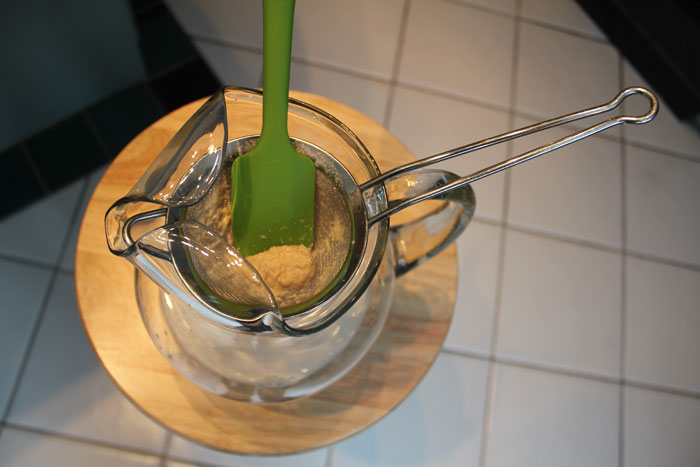 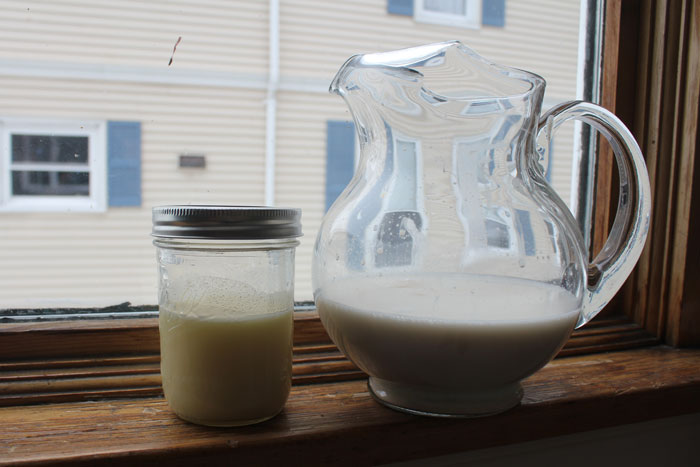 5. Serve over ice and store any leftovers (Leftovers? What are those?) in the fridge for a couple of days. For a pairing suggestion, may I suggest chilaquiles, AKA my favorite comfort food of all time? Got another horchata recipe? Suggestions for vegan or other substitutions (honey, agave, nuts, rum)? Post 'em below and keep the conversation rolling! You might check out the 101s that led up to this one: evaporated milk and sweetened condensed milk. If you’re thirsty, you might be interested in Cynthia’s Roasting Coffee 101 and Dandelion Coffee 101, Urban Overalls’ Green Tomato Wine 101, Sabrina’s Homemade Coffee Liqueur 101 (think Kahlúa), and Penny’s Mead 101. You can always find more things to cook, preserve, make, craft, plant, grow, and soak in the HOMEGROWN 101 Library.