The following 101, on building a homemade food dehydrator from an old wooden packing crate, comes from HOMEGROWN member Richard Pierce, whose next DIY project is a telescope tripod. Pretty sweet, huh? Thanks so much, Richard, and please keep the good ideas rolling! 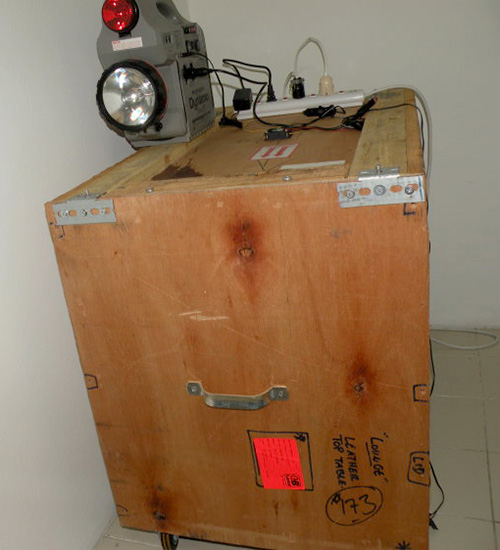 I just moved to Bangkok and I'm a foodie. Those two facts explain why I now have a home-built food dehydrator.

The back story: When I moved here from Panama in May of last year, I shipped my belongings. One of those was a large ceramic urn that had to be transported in a wooden packing crate, which the movers built on the spot at the time of loading in Panama. Then, when the urn arrived here at my apartment in Bangkok, the movers asked me, "Do you want to keep the crate?" (I think they had designs on it and were hoping I didn’t.) My response? "You bet I do!" In big cities, durable wooden products like crates are hard to come by but always come in handy.

I didn’t have a specific plan for the crate. I was just going to keep it around until a use came up for it—and one did, straight away. I’ve been experimenting with fasting and organic foods and the like. At Christmas, I did a fast on Koh Samui, an Island in the Gulf of Thailand. At the fast, they had a very large food dehydrator. I was intrigued by the aluminum-paneled interior and the exhaust pump on top.

I love machines, I like building them, and I decided I wanted to build my own dehydrator. When I got home, there was my crate! I decided I wasn't going to measure anything or try to determine what combination of holes, materials, and exhaust fans would produce the optimal temperature and humidity. That would take the fun out of it! Fortunately, I understand the physics of water vapor, metal, wood, and heat-producing elements enough to combine them without too much fuss.

» Spare plywood for a door The first thing I did was to assemble the tools I had on hand—most of the list above. Then I went out and bought the light sockets, the wiring, and the fans.

I turned the crate on its side. The original opening—that is, the top—was now on its side and would become the door. Using a 1-inch hole cutter, I then cut three holes about a foot apart in a triangle orientation in the bottom of the crate. I stuck the ceramic light sockets into these holes, where they’re held in place by friction.

My next step was to cut a 2 1/2-inch hole in the top of the crate and screwed one of the computer fans over it, airflow pointing out. I wired the fan to a charger plug meant for a car cigarette lighter that I had sitting around, and I stuck that into the socket of a 12-volt power pack that I use to power telescopes. At the lower corner of the crate, I installed and wired the other fan the same way, but with the airflow pointing into the hole.

Next came the shelves. For these, I screwed wooden strips up the sides of the crate’s interior at a consistent interval before sliding metal grilling racks onto them. None of this was measured, by the way. I got lucky on the fit.

On to the door. This was just a piece of plywood. I screwed two metal brackets into the plywood’s upper corners, drilled holes on each side, and installed two aluminum pins in the crate’s front-facing top corners. The metal brackets grab the pins, and the door hangs over the opening. I didn't want to do hinges because I have to put this thing in a narrow space. A door on hinges would swing too wide. 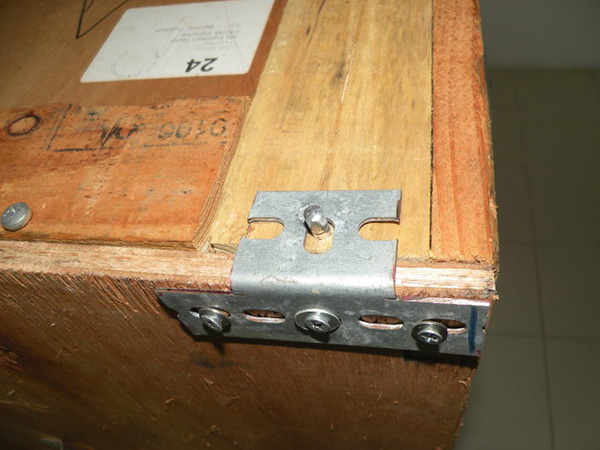 I bolted heavy casters onto the bottom of the crate, and then it was finished. My first test run was salmon jerky, and it came out just right. I can't stop peering into the dark room where I keep the dehydrator and seeing the light poking out from around the crate door. I love knowing it's busy making healthy, delicious food.

Do you have your own blueprints for a homebuilt dehydrator? Or a question for Richard? Post your comments below and keep the conversation chugging! You can always find more things to make, craft, cook, preserve, plant, grow, and staple in the HOMEGROWN 101 Library.

Meet Me At the Table: A new cookbook featuring Farm Aid (and a recipe for Peanut Okra Stew)

We Stand with India’s Farmers