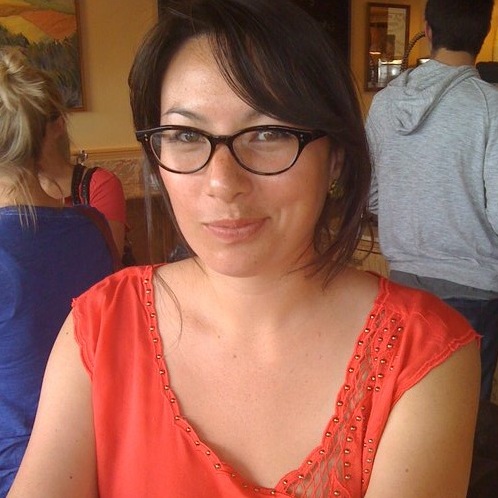 What kind of HOMEGROWN are you?
Earth Mama, Dirt Under My Fingernails City Slicker

My latest DIY project:
Yesterday:
"Poppies" -- my partner's mom gave us an ugly, pastel lily 80's vase; I painted over it, vibrant poppies bringing new life to this $7 vase
"My Little Pony Above the Sea of Fog" -- (my rendition of Wander Above...) Acrylic on canvas

How did you find HOMEGROWN.org?
Maker Faire 2013, San Mateo, CA

Welcome to our little group.  Are you currently a handspinner, knitter, etc?  You certainly live in a area with many resources for things fiber related.

I am also curious about the last name that we share.  Do you pronounce it as the letter G or is it a hard G as in McGee?

To pursue your interest in handspinning, I highly recommend that you contact the Nw Regional Handspinners Guild.  WWW.NWRegionalspinners.org.  They are a 4 state guild (Washington, Oregon, Idaho and Montana).  They have groups that meet in the different areas and Washington State has a large number of members.  I belong to this guild and to another local guild.  They also post events that might be of interest.  There are a ton of Fiber Festivals in the Pacific NW.

As to our common last name, it sounds like we pronounce it the same.  My father's family comes from Illinois.  His name was George and his father was Forest Gee.  Forest's father and grandfather ran a broom making factory at the turn of the last century.  They go back several generations in Illinois.  My sister is the genealogy whiz in the family and has done quite a bit of research.  She thinks the name is English (there are quite a few Gees in England).

The Mother Earth News Fair is coming up in Puyallup (I think it is the first week-end in June).  They are planning on having some handspinning information there.  There won't be that many folks from NW Regional at Puyallup, because that is also the week-end of their Conference, which is being held in Spokane this year (it rotates from, Eastern, WA or Idaho, to Salem, Or and then to Tacoma, WA).