Snow, melt the snow some more.

A few days a go we got 4 inches of nice light fluffy snow. Then it melted down to wet heavy snow with slush under it. Today it snowed all day. A good 8+ inches. I have a low tech place here so I have been out the last couple days with a kids snow sled cleaning out the waste in the barn and pulling it over the hill and through the snow to the lower tier of the garden. I plan on leaving that one and the top tier fallow for a year or two.

I have had some odd tracks in the yard lately.…

As usual, its not until we get a new animal at Eight Acres until I really do some research to find out more about it.  I knew I wanted to get guinea fowl to help us with tick control, so I had been looking for some to buy in our local area, but I had not yet read much about them.  Then I was told about keets for sale and I contacted the seller and bought 10 day-old keets.  The seller mentioned that they were “pied” in colouring, that’s when I realised that I might have a bit to learn…

We have our first litter of Holland Lops from our newest rabbits.

Depending on your location and planting schedule, it may soon be time to start thinking about starting those seeds indoors. If you are considering trying this for the first time, here is a simple stand that you can build quickly to get things started.

For the last seven years I have been starting seeds indoors with great success. My previous seed starting set-up…

Originally posted at Back to the Basics:

So far I have shared Chamomile tincture and Cayenne tincture recipes.  You can read about Basil…

How To Build Rabbit Nest Boxes 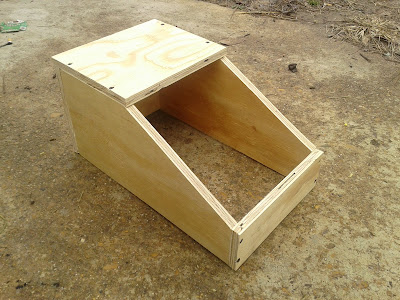 Hello all you homesteaders out there. We finally finished our rabbit barn here at Stinnett Farms. Actually, we finished the first 16 foot section. We plan to add at least two more sections. I will have a few posts coming up soon about…

Is this orange conventional, organic or GMO?

A friend ask me the other day if there is produce out in the supermarkets that are GMO's. I did some research and I found out that those tags we see on the fruits…

They were born the 17th of Jan., Just before the coldest part of our winter so far. We had -30 below wind chills for a couple nights in a row. But I managed to keep the chill out of the 1 room barn by keeping the 4 lights on  and having a heat lamp on in the pen with the mom & babies. I also have a seat shirt trick I do with all my  winter babies. I am uploading pictures of them now. Aren't they little cuties?

Softening Our Water to Save Our Plants?

In this week's edition of First World Problems - we have hard water.

This isn't exactly a breaking development. We knew the house had hard water before we moved in. We didn't think it was going to be a big deal. Both my husband and I had grown up in houses with extra minerals in the water. We'd gotten accustomed to the taste and didn't consider the extra cleaning required to remove the residual scale to be a particular hardship.

We had to use more detergent and…

Invasion of the Potbelly Pigs!! 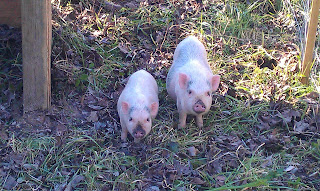 People in Texas have it easy.

That's what I've come to realize after visiting my husband's family in the Lone Star state for a few weeks. Since we didn't get to see anyone over the holidays, we took a few days off as a family and flew to my husband's uncle's house for some good old fashioned R and R.

Uncle Bob lives on a small farm in the hill country about an hour outside of Austin. It's a gorgeous place, especially considering how nice the weather is…

Hello all you Homesteaders!! I am posting today to announce the coming arrival of new members of Stinnett Farms. I am excited to introduce to you, Poe and Gwynn....…

How did Those Chickens Get Drunk? Drunk Chicken Recipe!!!

Hello all you homesteaders!! I guess you are wondering what the heck is up with that title huh? Well, I wanted to share the "Drunk Chickens" I grilled this weekend. The weather was nasty and wet all weekend and now this morning it has started sleeting. Yuck!! This is what we created yesterday while we were stuck in the house and under the carport!! Oh except for while we were chasing the pigs that got out (that's a story for another time lol)…

Hello all you homesteaders out there! I want to tell you about an awesome new project we are working on here at Stinnett Farms. The project is called "The Livestock Breeds Listing" of LBL…

Hello to all you homesteaders!! I want to thank you for taking the time to visit our website. Hopefully you can find all the information you need to start your own homesteading journey.

Today I want to share with you a very special home business program. This program can be started with very little money (which is great!! I love free and cheap stuff!!). This will actually be the first post in a series of “Work On Your Farm” businesses I will be sharing with…

According to www.ehow.com: “Vermiculture, or worm farming, is a simple way  of turning table…

This is the first post in a series of recipe blog reviews. I am searching blogs far and wide for the best recipe blogs I can find to share with you. This is part of the new "Recipe Mountain" project we are working on. I hope you enjoy!!

The first blog I have reviewed is called:…

Good morning all you great homesteaders out there. I wanted to write to you today about a new project we are starting here at the Stinnett Farms blog. We are calling it:… 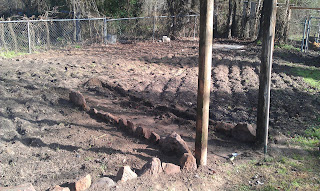 Today in South Arkansas the… 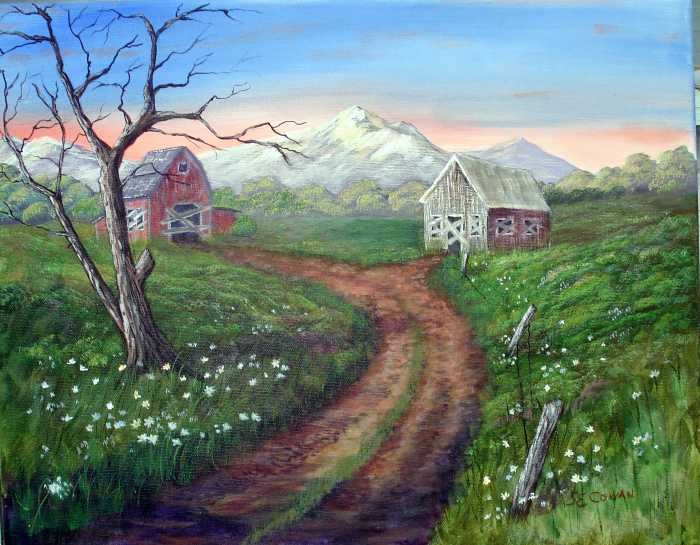 Living off the land is hard work even if you grew up on a farm. Even though the work is hard, the rewards of providing for you family by your own hand makes everything very much worth the effort. As I mentioned in my previous post, this blog is set up to record our personal process of…