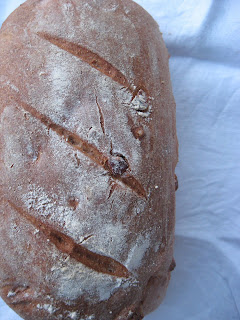 Another brisk evening. Not quite cold enough to fire up the wood stove, but enough so to warrant slippers. I decided to crank up the oven to take off the chill. Turned out to be delicious idea!
Warm Walnut Bread:…
Continue 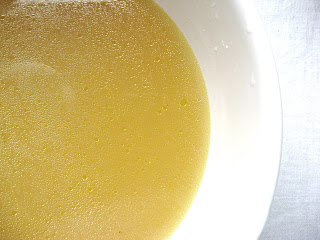 It's common for me to toss little snippets of veggies straight into the compost bowl as I cook, but when the bowl gets full (and for some reason it always seems full), sometimes I remember to save these pieces for broth. Carrot peels, celery tops, onion skins, leek greens, leftover bits of garlic from the garlic… Continue

I was bit by the gardening bug in 2007 when I had an apprenticeship in Maine on an organic farm.
Times were rocky and I had to come back to NC, but my love of gardening has grown. The problem with this change is land availability. In Maine I was on 40 acres of amazing land and in NC I've been attending college (on and off) and have no land whatsoever.
I have a (tiny itsy bitsy) garden now and had one last spring/summer but I want to be able to grow more. But I…
Continue

Things have been very busy around here due to it being a long drawn out kidding season. We had girls who got pregnant over several estrus cycles so the babies were kidded out over quite a long period.

We ended up with 10 kids I think. 6 of them are female which we will keep (and have all been disbudded now) and the 4 males will be sold.

This brings us to something like 22 goats total, lots! We have… Continue

on becoming a gardener

When I was a kid, my mom put in a garden. It was cool, and I liked weeding, but I didn't really get it. I liked eating and cooking the food we'd grow, and I appreciated the compost bin, and I even loved the sort of hippie-cred I would get from having a garden. But I honestly didn't do much work out there.

For years, I thought I had a brown thumb, even a black thumb. But really, I just didn't water my plants. I would start with good intentions, but I would forget to water. I really… Continue

Hello everyone! This is my first blog which tells a little about my background and my journey to become a radical homemaker.

I grew up in a small town in south Georgia. I guess it would be considered more of a farming community than anything else. My ENTIRE family grew up, and still live, in this area. Family was a huge part of my childhood. I saw my grandparents at least once a week, and went to school with my cousins. Although we lived surrounded by farms, my family never owned a… Continue

Nola gets covered in The Gazette

This week Cafe Nola celebrated Earth Day with a Zero Waste mentallity. We offered no carryout containers or paper to go cups. Instead we offered refillable travel mugs for only one dollar. No paper napkins or straws were used and, as always all glass was recycled. Aside from a few customers wanting only carry out the effort was a success. It proved manageable for future efforts. I feel like we can reduce our waste to very little without changing alot about what we already do.

How Many People Does it Take to Move a Chicken Coop?

We've had a productive week or so on the Nola Farm. We put a roof on the chicken coop and we're preparing to cover the outside with a wooden siding. The roof is made of corrugated metal. It's pretty lightweight and inexpensive, reflects the sun well and sounds awesome in the rain. We were going to cover the entire coop in metal but we thought it would look too "Chipotle" and felt that it might be too ironic for a chicken refuge, besides... the wooden siding was less expensive and looks… 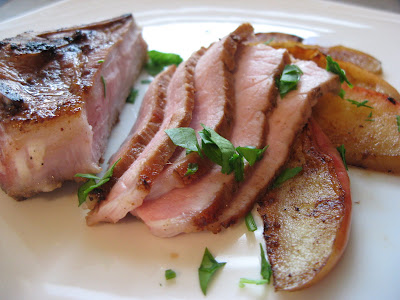 Pastured pigs are a completely different animal than those raised under industrialized factory operations. When animals are given an opportunity to live, eat and graze under the sun on healthy pasture, their meat and fat will symbolize the type of food us humans used to eat thousands of years ago.
Skip ahead to recent times, and you will find…
Continue

Hi, I AM A SOUTHERN WOMAN. My name is Cat Ryan and my husband and I have a little piece of ground in Newberry, FL. We are in north central Florida about 14 miles away from the University of Florida. My goal is to become as self sufficient as possible, living in a small town. Rules ya know?

I have a husband, two grown step kids, a beautiful 3 yr old Grandson-Gryphon, two dogs, 5 cats, and 8 chickens. We are also care takers for my Ma-in Law who is 79 and on kidney dialysis. I…

Cloth Diapers-Save More than One Kind of Green

In honor of Earth Day I'm posting today about something near and dear to my heart. :) Cloth diapering. When I was pregnant with my first baby, my husband and I knew right from the start that we would cloth diaper. It just made sense to us. Our mothers had used cloth diapers on us and we were convinced they would be more comfortable and healthier for our baby. That was number one. High on my list was the fact that we would be sparing landfills a whopping 1 ton of trash by the time our son potty… Continue 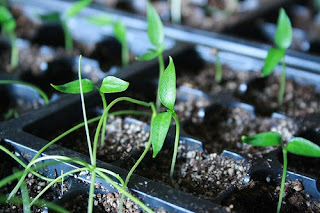 So, starting seedlings indoors turned out to be a smashing success. I started 216 plants on my kitchen counter top and they pretty much did the work… Continue

Chinese Medicine Recipes for Allergy and Detox Remedies - thanks Gwynnie! 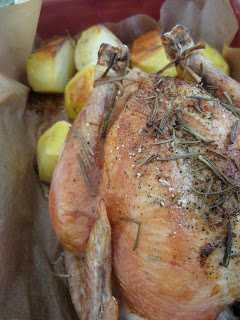 A very tasty little hen was purchased at farmer's market last Friday, lending flavor and joy to recent kitchen creations. It first appeared at the table roasted with herbs and potatoes, our garden's first salad greens, and watercress pesto.
Tonight it will make a second showing as a rich broth for soup. I am yet again grateful to East Fork Farm for raising animals with so…
Continue

Started seeds on Friday and we're already seeing basil, broccoli and cukes in the minigreenhouse! Oregano and chives are already green and growing in the herb garden, and I planted my salad greens yesterday. Tomorrow we have to go pick up some black liner to help with our weed problem (no matter what we do, daisies invade!) and some chicken wire for the peas and cukes to grow up.

Besides getting the garden going we are gutting our front bathroom, as there was a slow leak that…

A conversation with Mario Batali and Anthony Bourdain - the book list 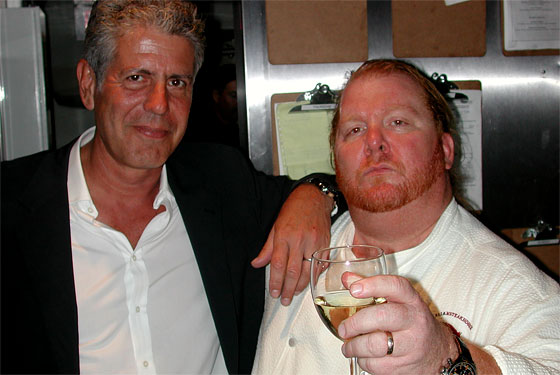 These two chefs are the absolute top of the heap for me, and my friends know this. A friend recently sent me the podcast from the Miami Book Fair and I thought I'd share it and the list of food and cooking books and that they count as their favorite. Enjoy:…
Continue

Yesterday, 25 beautiful baby chickens arrived at the Frederick Post office. We got the call early yesterday morning... Alex said she could hear the babies 'peeping' in the background. Dave picked them up from the post office and brought them by the cafe for everyone to see. People came out of their booths and seats to get a glimpse of the tiny birds in their small shipping box. The box they shipped in was really small but they all made it through the trip. We unfortunately lost the runt of the… Continue Big project last weekend, we got rid of our dead sod and added 150-200 sq/ft of new garden,… Continue

With this beautiful weather here in Western NC, things are happening. Even though our frost date is May 15th in the mountains, things are getting planted anyway.

This weekend, three kinds of potatoe seeds went to the ground, a La Ratt fingerling potato, a purple potato and a yellow potato. Three rows 40 feet long should produce a lot of potatoes!

Two rows of sweet white corn also got planted today as well as some sunflower seeds around the house.

Mulch was added to my…