This is another example of…

I just posted this recipe on my blog. How to make ketchup when you don't have 20 lbs of tomatoes.

Tomatoes are everywhere right now, and I'm loving it. I've been canning them for the past few weeks. Whole tomatoes. Crushed tomatoes. Salsas. I'll post more about some of these later.

For this post, I want to focus on… Continue 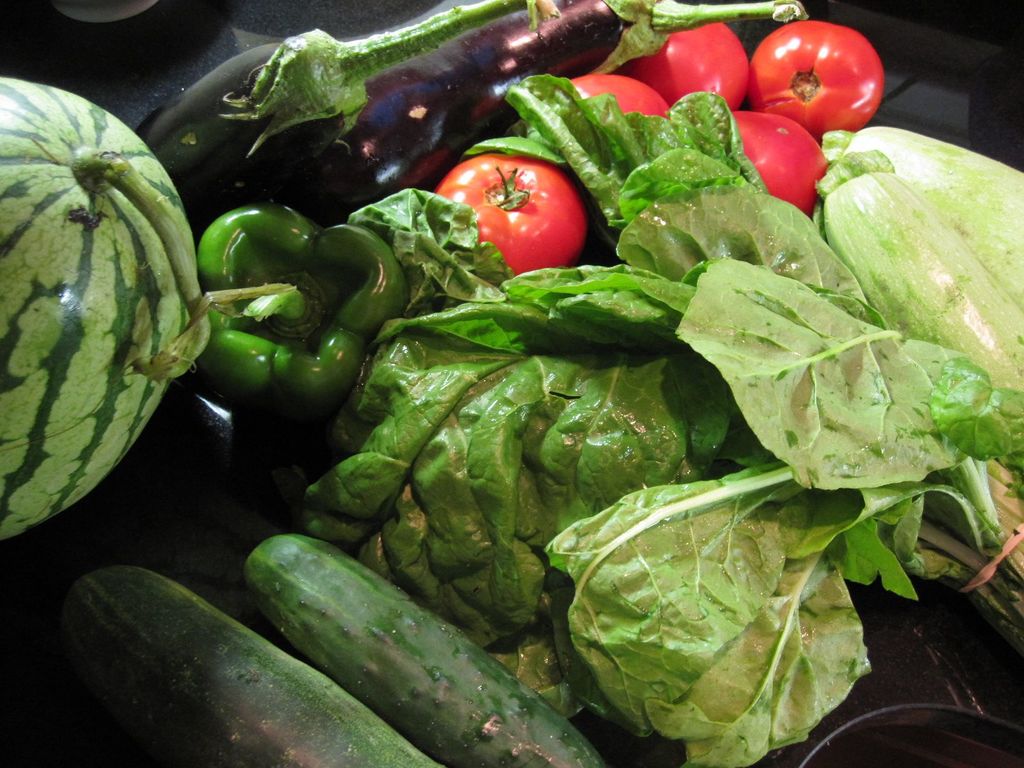 I was inspired by Rachel and Jenni's recipes for the ravioli stuffing, and… Continue 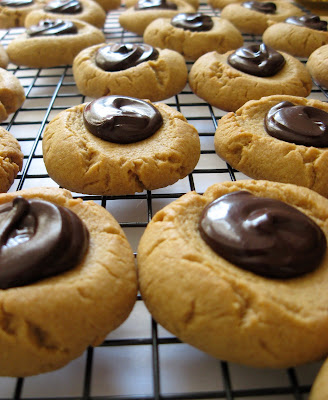 An image of a soft, chewy chocolate chip cookie hijacked my brain today, and I couldn't shake it. Occasionally when this happens, I throw a dog a bone. Or in this case, throw a gal a cookie. It keeps the thought from breeding itself into a massive beast with sharp claws and foam oozing from its mouth. Scary things lurk in the shadows of the subconscious.
I checked out some…
Continue 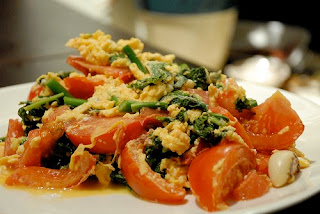 If you are noticing a tomato egg theme in my last several posts, it is because my kitchen is full of them. My paste tomatoes (Roma and Amish Paste) are putting out more than I can keep up with and now the big heirlooms and… Continue

A Tasty Bite of the Big Apple

Michelle and I just got back from six delicious days in New York City. Although we had some great meals—more on that below—I was actually more excited about the amazing produce we spotted in all parts of the city. From Rockefeller Center and City Hall Park to the famed Union Square Greenmarket, we were never far from a farmers market.…
Continue

We are fundraising now to expand our educational offerings for schools and parents, and prepare for the Spring plantings, when we give away garden plants to any US resident who signs a Pledge To Share from their garden.

We have a (chicken) Plate Sale this upcoming weekend, and then a music festival Labor Day Weekend (Sunday). For BOTH of these fundraisers, we are seeking help from local businesses and organizations.

We need the following supplies ASAP (we hope you will…

This year, we were able to get 1 dozen turkey eggs for our broody Australorp, Terry Yaki. She did well hatching 9/12 black spanish and blue slate heritage beauties on June 24. I swapped our original flock of four chickens into a permanent coop and moved the young turkeys and Mom to the 4 x 10 chicken tractor in mid-July. They adjusted well, foraging instantly and devouring any vegetable/fruit waste we gave them unlike last years' mutant Broad-breasted Whites. Those BBWs wouldn't even eat…

Saving tomato seeds is very easy and a great way to continue growing your favorite variety of heirloom tomatoes for years to come. By saving the seeds from the best fruits of the season, you are assuring the continuation of excellent fruit production in the coming seasons. You are selecting the best from your own particular growing conditions, not some generalized hybrid seed meant to be grown anywhere.

Here is all you need to do:

Squeeze the seeds from a tomato into a…

Here's what I did today:

I bought a pressure canner recently - a 16 qt Presto, for which I also purchased a weighted regulator. I was all kinds of excited to use it to can vegetable stock but things didn't turn out so easily -- at first.

I started with the Ball Blue Book's recipe for vegetable stock and dutifully diced my onions, carrots, etc. and added spices. After throwing everything in a pot, I gracefully managed to knock the entire pot to the…
Continue 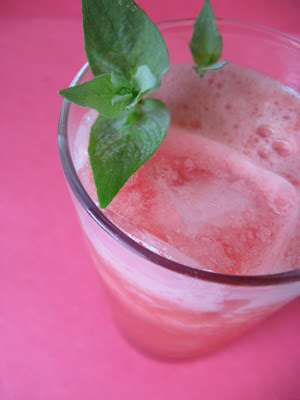 The line between Mexico and the US has never been such a broad one, and without getting too political, I am grateful for many of the influences provided by Mexico's vibrant culture here in the States. Agua frescas, (fresh waters), or aguas de frutas, (fruit waters) are such a fine, cooling Mexican tradition, worth adopting immediately. Fruits blended with water and… Continue

I feel really luck to be in California this year, where fruit trees abound and sometimes even grow like weeds. In our neighorhood alone, there are plums, figs, pears, apples, cherries, quince, olives, lemons, oranges, grapes, elderberry, walnut, and probably a host of others I've neglected to mention or… Continue 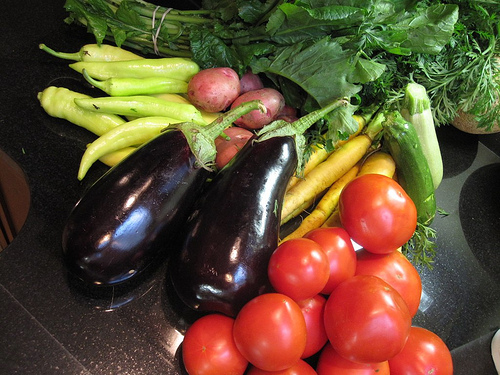 This isn't quite eggplant parmesan, because there is not breading and frying of the eggplant, and it's not quite lasagne because there are no noodles!… 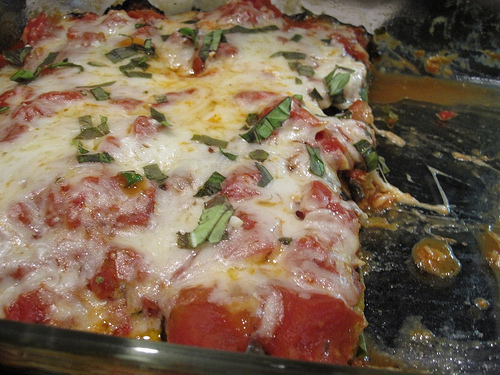 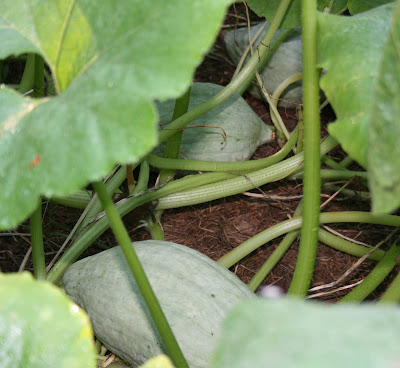 The Blue Hubbard's I fretted over so much this…

As we have delved further in to creating our own urban homestead, we started "Farm Suppers" this summer. The task was simple (we are in California, after all). Everyone coming brings a dish to share that they grew, raised, gleaned, caught, foraged, fermented, preserved, baked from scratch or picked. Homemade music and poetry and floral boquets are also allowed. We have no photo documentation for the first farm supper, but I can assure you it was wonderful. Local caught and smoked salmon (Mark… Continue

If you find yourself with a batch of tomatoes that is too small to can, and too big to eat, there is no easier way to preserve them than roasting them and freezing them. There is nothing better than pulling out a batch of sun ripened tomatoes in the winter to really add richness to your winter stews. From my experience, Roma or paste tomatoes work best but I've used this same process with big beefsteaks or heirlooms with positive results. The best part is this takes about 15 minutes of… Continue

Farmer's cheese - it's so easy

I'm new to Homegrown and so excited to have found this online community. I might as well jump right in!

I'm still new to cooking from scratch, and I can't believe how pleasurable and easy it can be. I feel like a schmuck for having eaten so poorly for so much of my life. The post below is just taken from my blog):

Most Polish families are likely familiar with farmer's cheese, a mild and soft cheese that resembles ricotta or… Continue

Let There Be Plarn

I've become hooked on Plarn. What is Plarn? Plastic yarn. Now, I haven't brought home a plastic grocery sack in about three years, but plenty of my friends and family do. I decided it was time to take some of those extra bags and turn them into something sturdy, cute, and reusable. I gathered bags from everyone I could think of, and began cutting them into one-inch strips that I could crochet with, like yarn. It's time consuming, but the end result is worth it. Here's a quick tutorial on how…