On Saturday October 29th, I along with other weather-hardy Farm Aid staffers, traveled through rain, wind, snow, and hail to New York City to Occupy Against Big Food. Over on Farm Aid's blog (I'm the "web guy" there), it's Music Monday. We're taking a break from Farm Aid 2011 videos and going back in time to 2001. Why? Because today is BOORITO day at Chipotle Mexican Grill! You can get a $2 burrito when you wear a family farm-inspired costume from 6pm to closing. Half of that money goes to Farm Aid and the other half goes to Chipotle's…

[Originally posted on my blog briciole as homemade robiola] on the cutting board, with…

Gardening in South Florida has been an amazing experience.  At this moment it is 2:15pm and wunderground.com tells me it is 84 degrees outside and with the humidity it "feels like" 90!  And it's late October!!!

This summer was very hard on my garden.  It was HOT!  For a few weeks we had NO rain and then it rained for an entire week.

Over the summer I hooked up with a local farmer who raises pigs without using hormones and feeds them a good healthy diet. He always saved the fat after he sent them to the butcher but couldn't convince his customers of the benefits   of using it in their cooking. Farmer Frank had a freezer full of unwanted piggy fat:(  During a farmers market we were both selling at I asked him about his lard and he gladly gave me close to 15 pounds to make…

Brunch is my favorite meal of the week.  I long for those lazy weekends mornings with nowhere to go and nothing to do, so that I can peruse the Saturday Farmers' Markets and pick up local goodies for brunch.  This weekend, I took stock of the weekly CSA share from Parker Farm in Lunenburg, MA and supplemented the gorgeous white potatoes, green onions, and curly parsley with some local …

Hi folks! Yesterday we posted about our first-ever HOMEGROWN Fair.  We're looking for your submissions (new or old posts) to be included in the healthy competition for a few great HOMEGROWN prizes! Just post a member blog with the title "HOMEGROWN Fair Submission," or edit the title of an older post from this year to be included (be sure to change the post time and date…

A few photos of the "ladies" who rule the roost and have "free range" of our backyard! 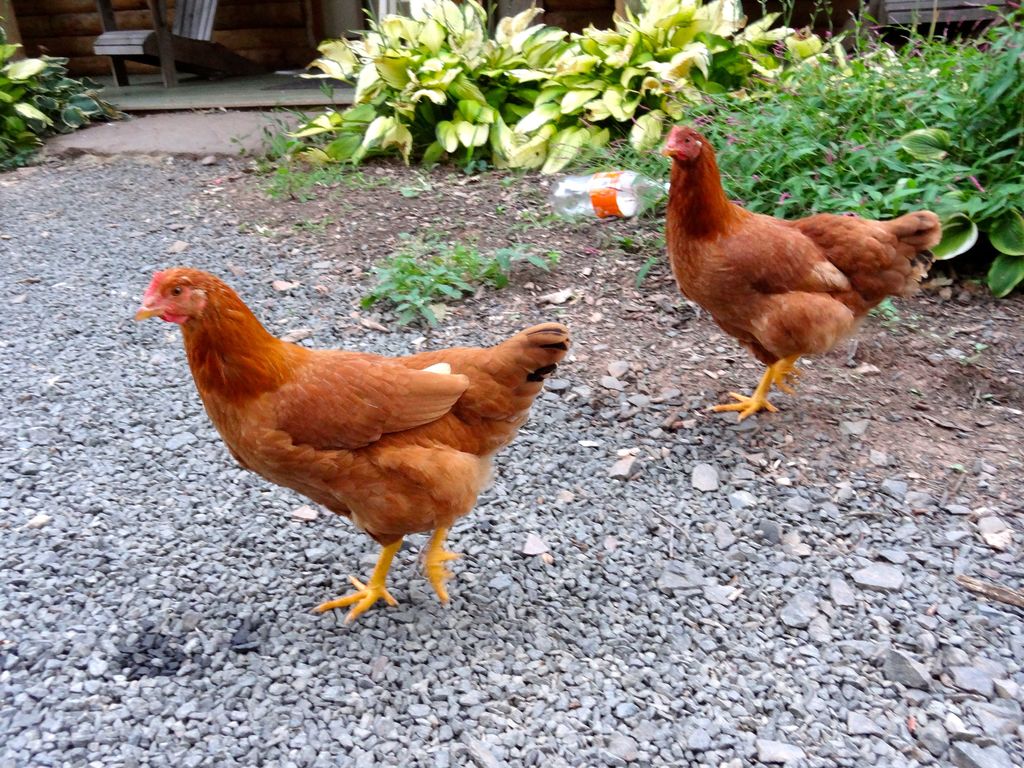 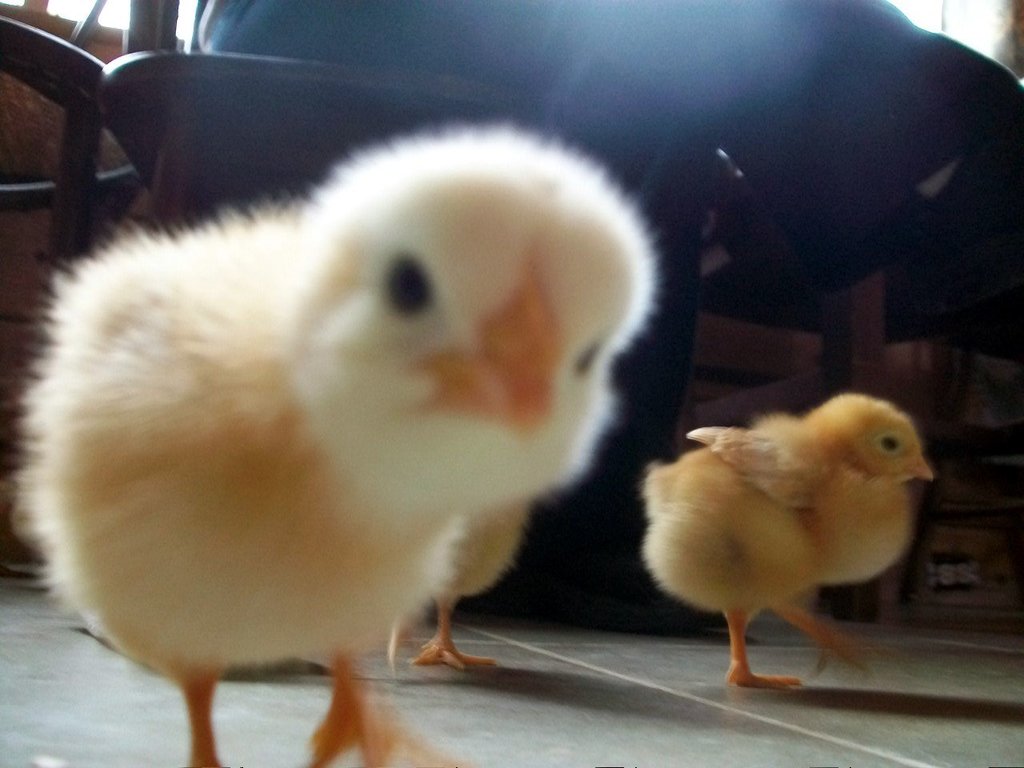 Another Gorgeous day in Florida!

It has finally cooled down in South Florida. It's 79 degrees!  The eggplants are finally blooming thanks to a tiny cold snap we had over the weekend. Woohoo!

Yesterday was a very busy day.  It was a friend's birthday so I made brownies using applesauce instead of oil.  Yum!  And during my lunch break I made my version of Texas Caviar. The recipe is so easy and keeps in the fridge for several days.  I use it to top… Continue

It's been a while since my last post and shame on me for not sharing in this summers successes and failures as they happened.  Tomato's were a flop this summer.  I blame it on the rain.  I usually yield about 30 jars of tomato sauce from the season.  This year I ended up with a measly 12 jars.

I have the feeling I'm diving into the deep end, and I can't swim as this my first attempt at a blog. Thank goodness for the spell checker, as a new member to Homegrown I'm happy to take this opportunity to introduce myself I immigrated to Canada from Scotland with my wife and daughter in 1966 and being an electrician had no trouble getting a job and to make a long story short I retired 36 years later. Thats when I got this urge to grow stuff I started with the easy crops like… Continue

Cross-posted on Local Me.

Autumn rustles through the maples of Manhattan, sweeping away the tomatoes, corn, zucchinis, and berries of our Indian summer. I focused on the hearty, auburn, and waxy season-transition vegetables at my farmers' market class last weekend. Indeed, this is the time for roasting, stewing, and…

Are Dreams Dead? I Hope Not!

With the news all full of frustration and anger, is it possible that a dream can still come true?
I hope so, because we have a unique chance to make it happen. But it will take a little help from a lot of people.

Since I started in the field of local food and environmental education I had an image of  reusing an old building to create a place where farms could sell their food, consumers could purchase high quality locally grown food and a…

Being self sufficient and prepared,

Being self sufficient and prepared,

For awhile now I have…
Continue

Getting Canned - first attempt at canning

Cross-posted from Local Me.

No local food journey would be complete without preserving the harvest. Freezing, drying, pickling, and...canning. I grew up with dusty glass jars shelved like aged books below the basement steps, each lid personally labeled by my mom or an aunt.

I recently ordered canning equipment through Amazon.com and set aside time on a Saturday to can…

{In Season} Hakurei Turnips by Jillian

....I first tried hakurei turnips a few years ago when I found them in my CSA share. I was still new to local eating and the varied vegetable scene (aside from supermarket veggies like tomatoes, peppers and other ”regular” vegetables). “Oh my,” I thought, “here’s another vegetable that I don’t recognize, can’t pronounce, and have no idea how to prepare.” When I found out that I could eat not only the little white, round turnips but the greens too, my enthusiasm…

How does a newbie prepare for a HOMEGROWN winter?

It's still only October, but as the leaves turn and the temperature drops (ever so slightly here in the Northeast), I can't help but anticipate the impending winter that's just around the corner.

It's my first summer out of the college dormitory where heat, hot water, and electricity were "free".  (Ok, so I did pay an inflated cost for them at the beginning of each semester, but when there were no monthly bills to pay, everything seemed FREE!!) But now I'm living in…

Change is not easy or cheap!

For awhile now I have been trying to change our eating habits and encourage my family to eat a little more healthy. This can be hard due to the high cost of healthy food and getting them to eat a lot of things they don't like or haven't tried. I will never understand why organic food cost so much higher then food made with tons of chemicals and preservatives. Here are some of the reasons I found for the higher costs.

Primarily because organic growers still have to find alternative…

:: Occupy Your Own Backyard :: 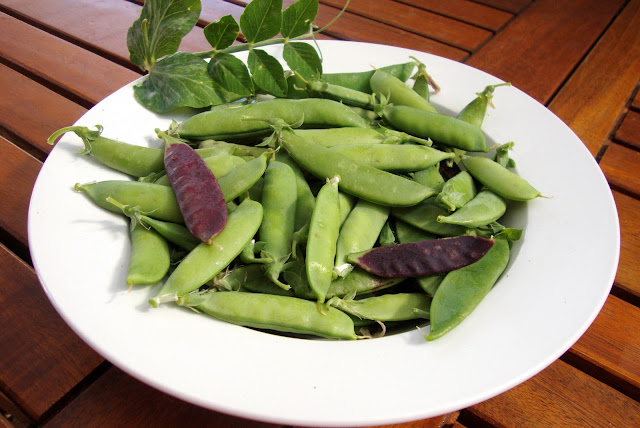