Cooking on the Homestead--A FREE E-book

Today, I have a freebie for you!

It's my own e-book, Cooking on the Homestead.

This book is full of all the great cooking posts that you have grown to love here at Everything Home plus. It has over 35 pages of homestead kitchen know-how with pictures to illustrate.

How to Make Granola in the Crockpot

One of the best things I ever learned was making granola in the crockpot. You know why? Because in the oven, I always burned it--never failed. Oh, you can still burn it in the crockpot, but it's not as easy. Probably because it's a much lower temperature for a longer period of time. Since I've learned to do this, I've never tried it…

Teaching from Your Seed Catalogs

Seed catalogs mean more to me than potting soil, trying new varieties, and dreaming of…

Keeping Ants out of Feed Dishes

It's January and the weather is still not what I would call winter. In fact, I've been struggling with ants in the dog bowl lately.

However, after remember a story about how our pastor's wife kept them out of the the food cabinet while a missionary in Thailand, I found relief--as did my little dog Asa.

So, if you struggle withants in the dog bowl, go to my blog Everything Home with Carol and…

How to Grow Sprouts

In the winter when greens are scarce, we like to grow sprouts. I used to stick with alfalfa or mung sprouts, but discovered that there are a lot of seeds that make healthy and delicious sprouts.

If you would like to learn how to grow sprouts, hop over to Everything Home with Carol and read the full scoop.

How to Make a Healthy Stock

Earlier this year I wrote a post on cleaning chicken feet. However, I did not go into the details of why it is important for me to have those chicken feet added to my stock pot. The fact is any variety of properly made stock (whether from chickens, beef, lamb, or white-tailed deer) provides many health promoting vitamins, minerals, and…

How to Make Butter

A friend recently gave me 4 gallons of cow's milk. We've always kept dairy goats, but the cream from the Jersey cow was a special treat. I turned that 4 gallons of milk into yogurt, mozzarella cheese, butter, buttermilk, and whey. And, of course, we got to drink fresh, raw milk. 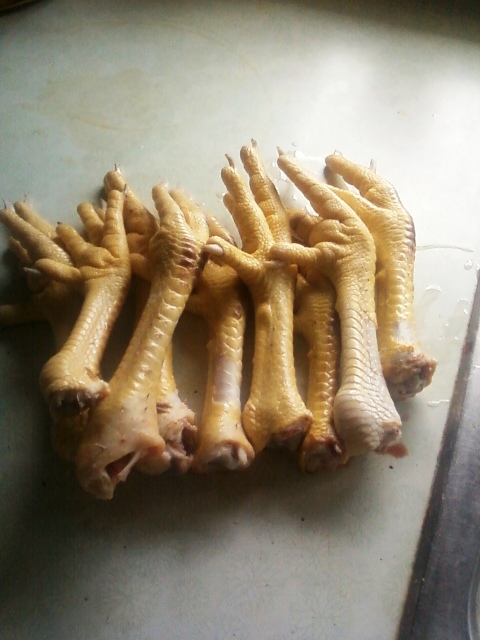 We started processing our chickens this week. I say started because we didn't finish. Once we get the other half completed, I will update you on the stats. But for now, I want to talk about the feet.

One of the reasons I look so forward to butchering chickens is having healthy stock on hand. But the stock is only as healthy as what you put into it. Adding the…

Make Your Own Fruit Fly Trap

Last week Mrs. Q. of Blessed Homemaking posted on Making a Homemade Gnat Trap. I was so excited; not because I have a problem with gnats, but fruit flies.

So, I immediately got off the computer and followed her instructions to see if her gnat trap would catch my fruit… Continue 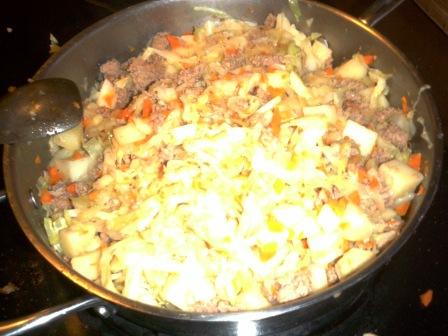 I love this time of year and the abundance of vegetables at the table. But more than that, I like coming up with new ways to prepare them. Some way to mix them all together, make it pretty to look at, and pleasing to the palette.

Here is another one of our summer favorites--Garden Surprise.

We call it surprise because the ingredients…

Several years ago my youngest son would admire his oldest brother who spent the evening lifting weights, doing push-ups, and basically anything to "buff up." When the baby would ask him how he got so strong the oldest would reply, "I eat eggs for breakfast every morning."

That was an understatement. Because he worked a physical job, and worked out at the gym and home, this young man could put away 1/2 dozen eggs, 1/2 pound of sausage, several slices of toast, and a quart of milk in… 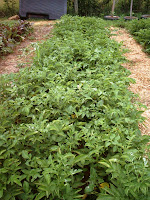 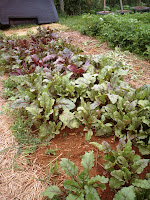 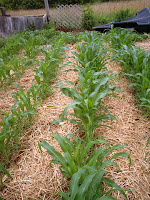 I know I've been updating you on the garden in the sidebar. But I couldn't help but show you what I've been… Continue

This is my car. 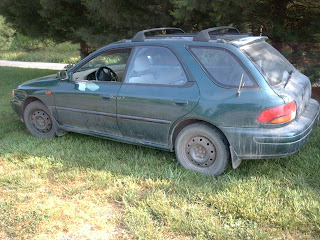 Can you tell we live on a dirt road?

It was all banged up like this when he bought it. The previous owner hit two deer.… 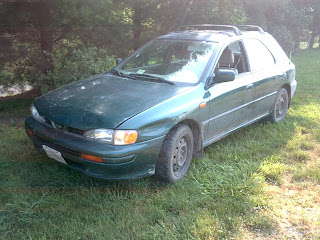 You Can Move a Nest of Baby Birds--Successfully 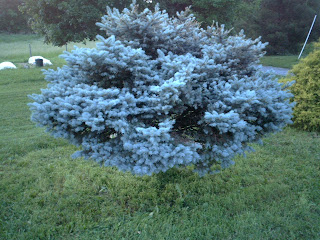 This little blue spruce tree in our yard is one of my favorites. I can't take credit for it. It was planted by the previous owner. I love the color and the shape of it. I never realized before how prized the blue spruce tree is until one day our friend the landscaper came by and commented on it. I shared with him how much I liked it and was distraught to find the goat… Continue

Making Yogurt in a Cooler

Those of us with dairy animals are used to an abundance of milk once our animals freshen in the spring. A wonderful thing to do with all that extra is to make yogurt.

Yogurt is a dairy product created by fermenting milk with a Lactobacillus culture. Making your own yogurt is fun and easy. And, it is a healthful snack that children love.

To make your own yogurt, start with fresh milk. Powdered or skim milk work but produce a… 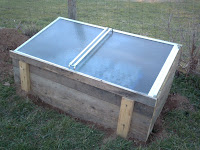 My oldest son is a pack rat. When he lived at home he was constantly bringing stuff home from work. Working as a carpenter, that included plenty of construction waste. At one time he had a part-time job working for a tear-down contractor. That job resulted in many piles of old barn wood and windows on the place.

We always tried to put his salvages to good use. Our… Continue