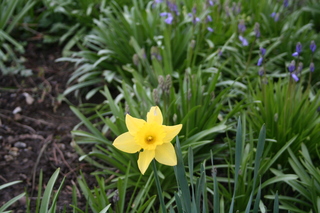 As much as I wish I could contribute pictures of our garden or some how-to-do-it information, I just really don't have it to offer. I am here gathering information to help us further our learning. So, the best I can do it to offer what I do have... I have recipes. Lots of recipes. Some that we have learned, some that have been passed down, and then we have some original works of "art" that we have made just out of the blue. We aren't afraid to try new things, though sometimes I might drag my feet a little, maybe even make the gagging gesture. But, all in all, I have gotten pretty good about new foods. See, as a kid, we ate what was cooked. Even if some of us HATED liver, we were made to eat it (now or later) while DAD was eating a nice Hamburger Steak. Now, my youngest brother loves liver. I, however, do NOT.  I don't even want to be in the same house when it's cooking. YUK!  But, I HAVE discovered that I really like fried gizzards. YUM! I have many foods that I swore I would NEVER in a million years THINK about trying. Lamb, oysters, crab, mushrooms, shark, alligator tail, crawfish. Now, I love it all. I can't wait to put on our first Crawfish Boil.... gotta remember to invite lots of folks for that one.

So, in learning to eat new foods, my recipes' are expanding. Though, in my recipes you might find some of the above list, there are, however, foods that you will NOT find in my recipes.... Caviar & escargo are a definate NO WAY for me.

There will probably be recipes that y'all have either seen before, eaten before, or made yourselves. We have taken some older recipes and converted them to suit our tastes. And our soups & stews are made to be thick & hearty. Most our our original recipes are made for two since there is just two of us on the Truck. But some are made for larger groups as we do a lot of potluck dinners & BBQ's when our fleet is all running together. There are 12 Truck Drivers, up to 36 Escort Drivers, and around 3 or 4 of us Wives that ride along. So, when we are all running the same job, we have about 50 people who wan to eat.... you just have to picture us taking over the back of a Truck Stop with 6 or 7 BBQ grills going, 4 Crock Pots, and 3 or 4 electric skillets. Food everywhere.... (great. now I'm hungry).... and folks sitting out their lawn chairs, breaking out the football or frisbee, and relaxing by the grills. Yes, we have a great life out here, but, this is a Homegrown site... I feel that I should be contributing something at least "Home-made". Besides humor. So....... I will leave today with my famous "Stuck In A Blizzard Potato Soup".

* Designed for a 6-quart Crock Pot*

3 lbs. Thick-style Bacon, sliced into bite-size pieces prior to cooking

Whole milk (half and half could be used also)

Directions: Now, since I am in an 18-wheeler, I use my electric skillet to slightly cook everything before putting it all in to the crock pot to actually cook.

Cook your sliced bacon until brown.  Set it aside to drain as much grease off as possible.

Mix your raw veggies together well, add just enough water to the mix that it barely reaches the top of the veggies in the pot, add your seasonings, and cook just until the potatoes are about 1/2 way done. Don't over-cook as everything will turn to mush in the crock pot. About 10 minutes at a low roll.  *DO NOT DRAIN THE WATER!!*  Once your veggies are half way cooked, set aside and let them cool a little so as not to scald the milk when you pour it in.

When I use my crock pot, I cheat and use Cooker Bag Liners so that clean up is a snap!

Pour your veggies carefully into your lined crock pot. Add enough milk/half & half that it reaches the top of your crock pot. Put the lid on carefully and put your setting to medium for about 2 hours. Take the lid off, stir it gently, and turn the temp down to low until ready to eat. Best if you take the lid off and let it rest and cool slightly for about 10 minutes. Keep an eye on it while cooking to make sure your crock pot doesn't cook it too fast and cause the milk to scald.

Add a slice of home-baked bread and call it YUMMIE!

I'll have another recipe for you to try soon! Y'all come back, ya hear!

Christene - gosh I have to say I love that I am writing my own spelling to communicate with someone.  I love what you wrote; I too suffered at the hand of  (beef) liver but I will say I have been eating fried gizzards and chicken livers since I was a child.  (it was a poor thing)

It is nice to hear that you have a sort of family when you are on the road and just think of it as a traveling neighborhood BBQ.  Don't worry about not having anything Homegrown I think it is for people who just love the earth and what it gives us down in our hearts.  I love you pictures and wish I had the ability to do that.  I just received a pentax for Valentine's Day and am learning.

Also crock pot bags are not cheating they are a necessity.