The summer solstice just passed and the garden is now kicking ass after a slow Spring start. I had doubts as to the survival of many of my starts but are now 100% healthy and growing.

The greasy string beans are off to a slow start this year which is surprising since last year, they were my most prolific crop in the whole garden. I am hoping this heat wave will get them shifted into high gear. The kale is about finished and the garlic and onions need to be harvested soon. I have some kind of huge squash growing that was a volunteer from last year. It looks like a Delicata, as I think I planted them last year with no success. This year the plant is full of fruit.

It's amazing how things change from one year to the next as to what grows well and what doesn't.

Bugs are also in full force this year especially Colorado Potato Beetles and now Japanese Beetles. The Japanese Beetles are everywhere, in the garden, on the grapes, blueberries and the fruit orchard. After hand picking for a while, I finally resorted to spraying them with Pyrethrin and Rotenone. That seemed to get them under control.

After a nice hot dry spell of a few days we got a big soaking rain yesterday. 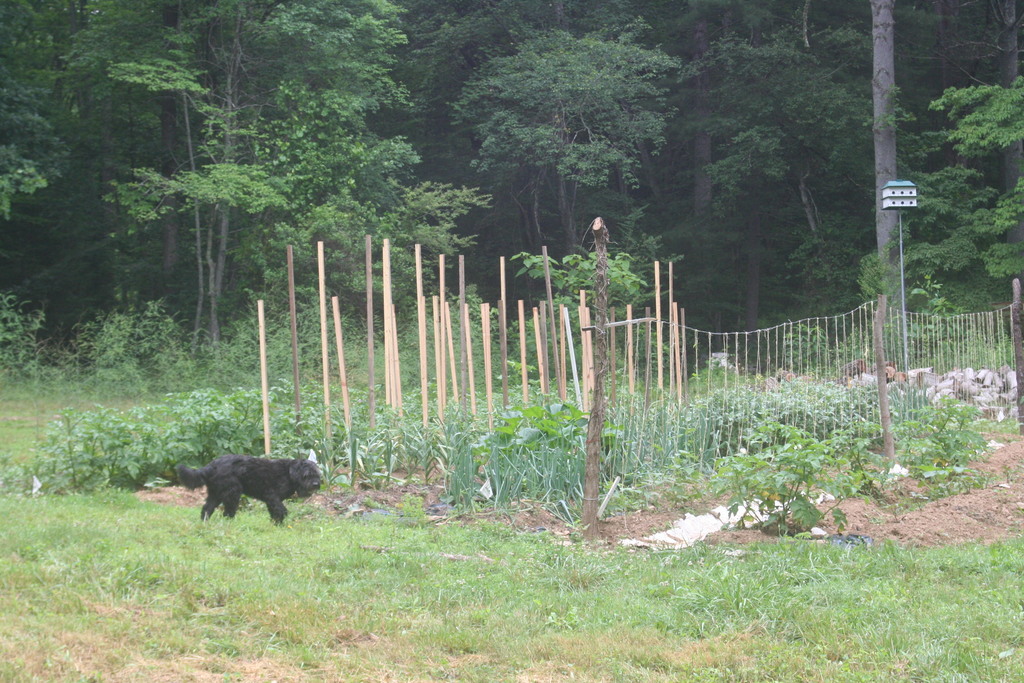 I am looking forward to a big harvest this year.