harvesting and curing bamboo for garden trellis or other projects

I'm in the process of planting for the fall, and one of the things I was going to try is fall beans. The other day I was thinking that I would need a trellis for them, when I thought of the bamboo grove in the treeline next to the house and realized, "Heck, I'll just make one from the bamboo!"

Bamboo is something found all over the US, often in abundance, and is a useful building and craft material. Many folks have it in their backyards, or often you can find growing in abandon fields and other forgotten places where more than likely, no one would mind if you cleared some out for them.

First I selected bamboo plants to harvest. I chose the larger, straighter ones, as they taper off in width towards the top so there'll be different sizes to work with. 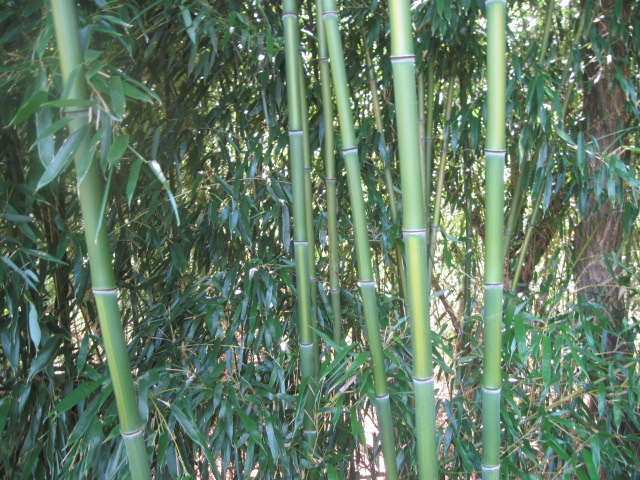 I used the old buck saw to cut down the plants with, but you could use most any saw as it cuts easily. 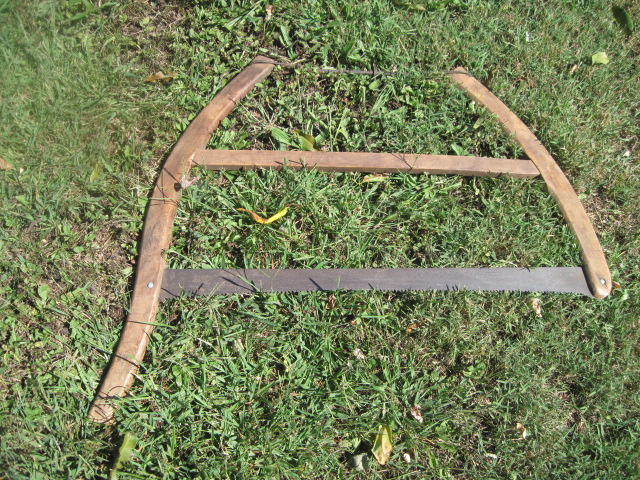 After cutting down the plants, trim the branches. I used pruning clips. I decided to save the branches as I used them for the trellis, but you could throw them in a mulcher to make use of them that way. 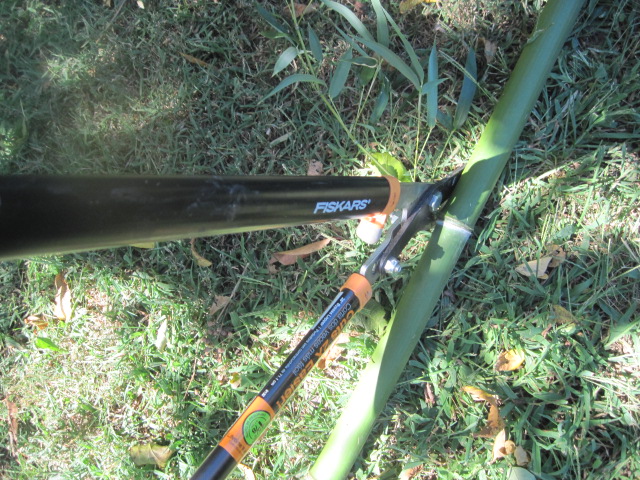 I then cut the poles into more manageable 4 foot or so pieces. There's no reason why you couldn't keep them long and just cut them later as needed. 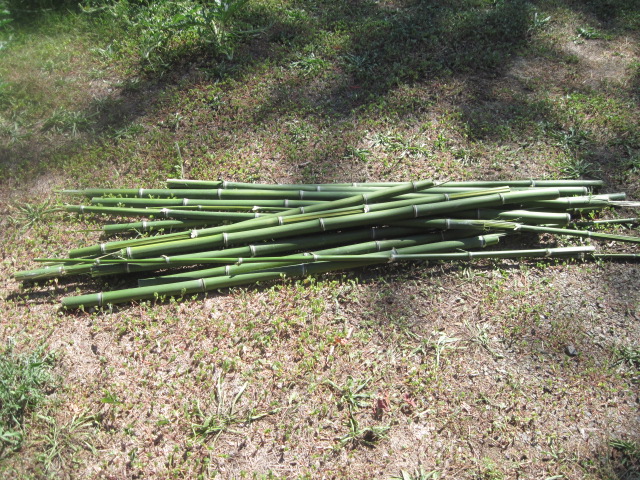 The next step is the curing process, there are several ways to do this, and there are pros and cons with the different ways. What seems to produce the strongest bamboo is curing using heat. Ideally one would use an acetylene torch for this, but it's also possible to use a gas grill, which I did as I don't have a torch.

So I removed the racks from the grill, turned it to high, and began heating the bamboo. Make sure to wear gloves with this as the bamboo gets very hot. 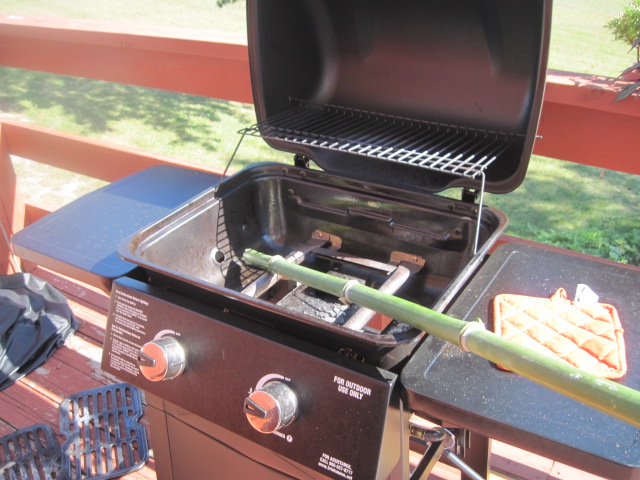 As you heat the bamboo you can see the wood start to change color, and resin will visibly rise to the surface. 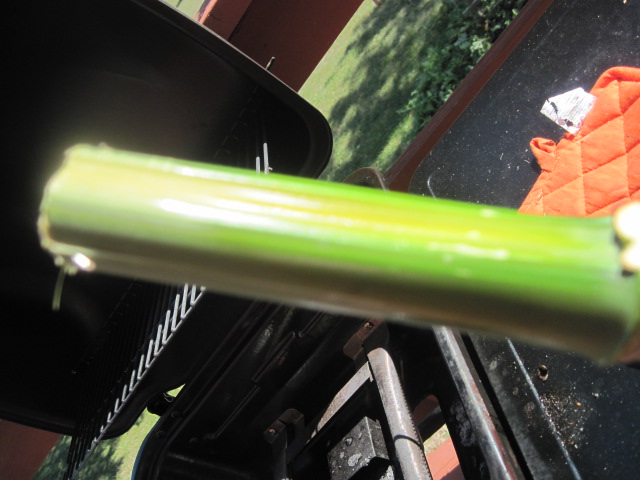 The resin is very valuable to the curing process as it seals and strengthens the bamboo. Using an old rag, rub the resin into the heated sections of the pole as it accumulates. 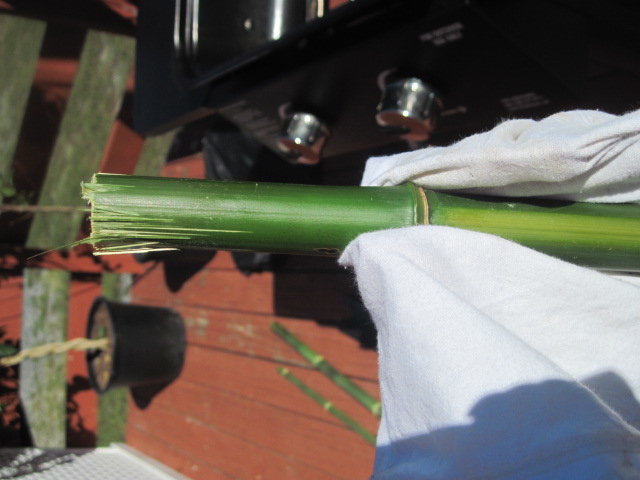 The color of the heated bamboo will change from a deep green color to a flat, mint green color as it cures. After the pole has reached this color, set aside to cool. When cool enough to handle, poke out holes in the inner membranes to hasten the drying using any kind of pointed, long, skinny thing.

Now honestly, even with what I've been reading to be the benefits of this heat curing method, it is kind of a hassle using the grill. I imagine that it's much easier and faster with an acetylene torch if you have one. So I only did three poles using the heat method, and decide to simply air cure the rest by storing it in the basement for a few weeks. Time will tell how much different the results of the two methods are.

After the curing, the rest is kinda up to you and your imagination. You can find all sorts of DIY info online about different bamboo projects. As I mentioned earlier, my intention was to make a bean trellis.

The first thing I did was to create a simple tripod out of three poles and attaching them by wrapping with wire. 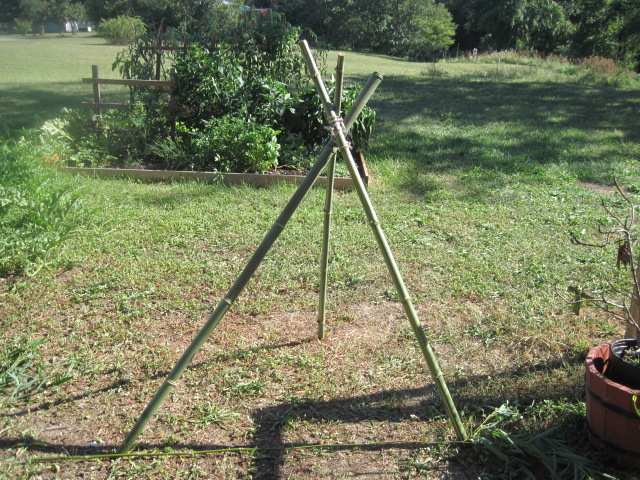 Then I collected long, straight branches that were initially trimmed off the poles and removed the smaller branches and leaves, then tied each branch to the tripod using twine. 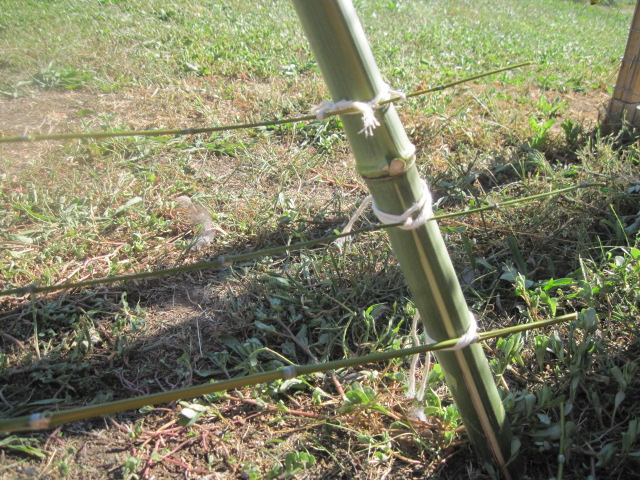 Do this for as many levels as you think you will need for your trellis, and viola, it's done! 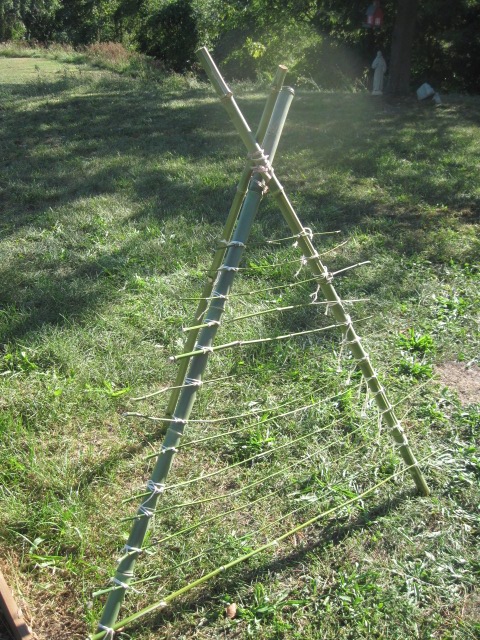 Comment by Donnie on September 6, 2010 at 10:33am
Thanks for your comment. Great handywork on the bamboo trellis. I tried earlier in the year to make a trellis, but we don't have bamboo, we have japanese knotweed, which kind of looks like bamboo but it is way too weak. Needless to say it was a failure! I should try growing some bamboo.... but i wonder if it will take up here in the short warm weather of the north!

Comment by Lynda Reynolds on September 6, 2010 at 11:02am
Great job! I'm going to head out today and get some bamboo! I have one bean trellis a friend bought from Gardener's Supply and gave to me...I was thinking of buying a couple more: now I don't have to, I'll just make my own. Thank you!

Comment by Lucas Land on September 7, 2010 at 11:19am
Thanks! This was very helpful. In Waco we have the third largest urban park in the nation and it is overrun with bamboo. Thinking of using it to build a chicken coop.

Comment by Larry Snyder on September 7, 2010 at 12:30pm
Bamboo will grow in cold climates certain varieties came from Japan & China. They do require water to grow well. Some varieties are non envascive and quite large. Make sure the bamboo is well cured or dried or it may take root where it is in the ground.