'Tis the season......fall harvest time will all the fall fruits, and all the yummy goodies that come from these.

A neighbor with a few apple trees gave me permission to harvest apples, and while they're not exactly the most perfect things, they still taste good and I thought they'd work well to cook with. 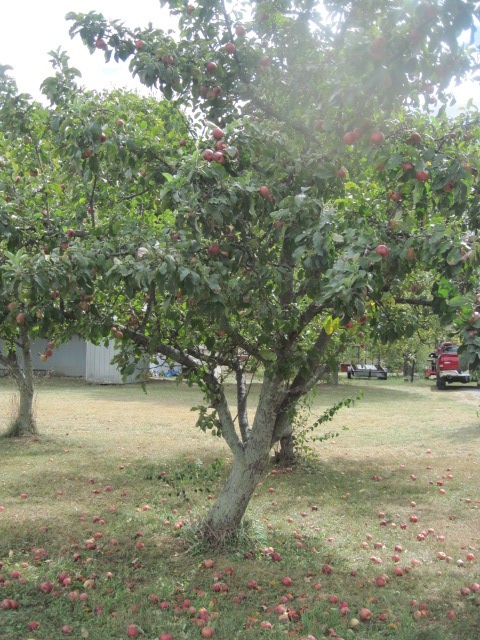 I've always associated the apple spice flavors of apple butter with autumn, so that seemed an appropriate way to make use of the apples.

There are several ways to make apple butter, with the old style I found in my PA Dutch cookbooks, with apple cider, corn syrup, and stovetop cooking, yet I went with the newer method using a crock pot to slow cook. The recipe I worked from is on a very useful site that I've used quite a bit called "PickYourOwn.org"......


With this recipe, the apple butter starts with apple sauce. You can begin using pre-made applesauce, or you can start by making your own, which I did. If you do use pre-made you can skip to the part of the recipe where the apple sauce goes into the crock pot.


I harvested this many apples and ended up using them all. The green stick on the left side is a long bamboo pole that I used to tap some of the apples down from the tree with. It really helped. 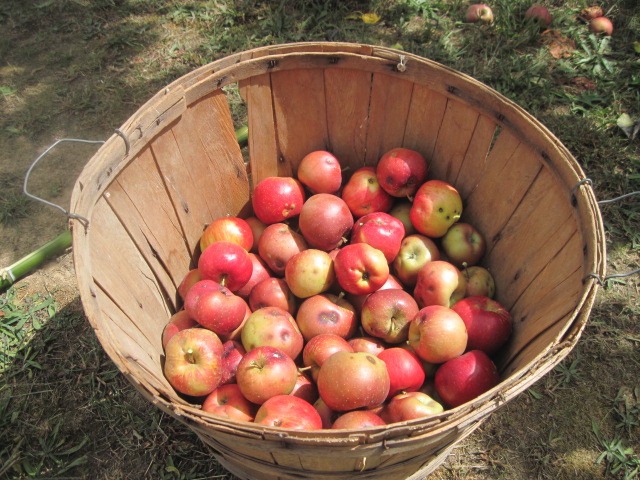 I then washed and cored the apples, and leaving the skin on, cooked them until soft in boiling water. Once soft, I drained the apples in a colander and processed them through a food mill. 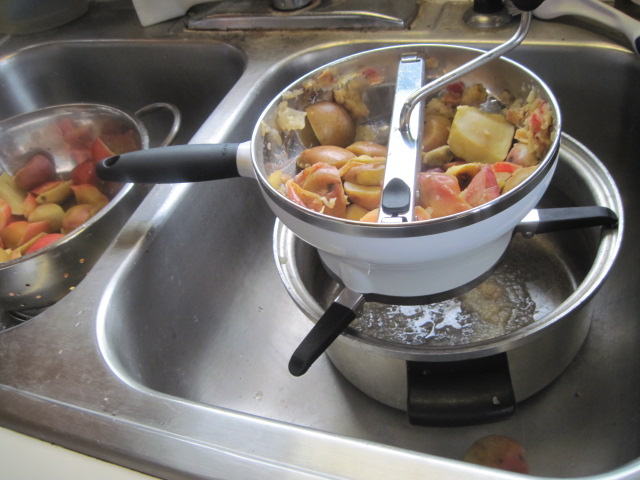 After processed, the apple sauce went back on the stove on low to keep warm while I added the cinnamon and vanilla extract. 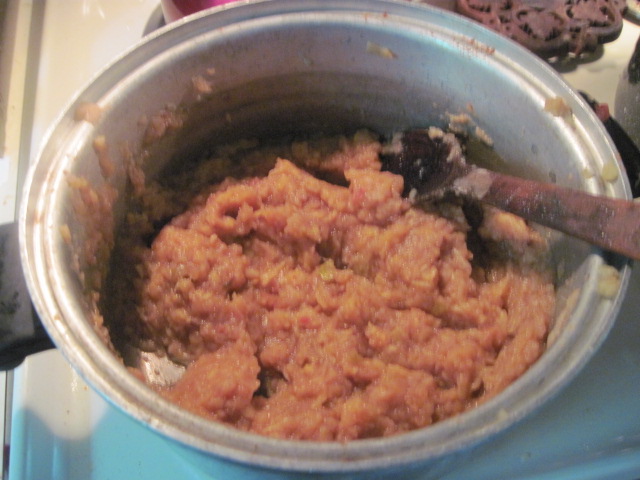 With the first pot full I added a bit of water and canned it all as one quart of apple sauce. I then repeated the coring, cooking, and food mill process two more times until I had used up all the apples, not adding water as this was to be made into apple butter.

I spooned the apple sauce into the crock pot, set to low, and added the sugar, clove, and allspice. I then covered the crock pot, leaving an inch or so open on the side to vent. 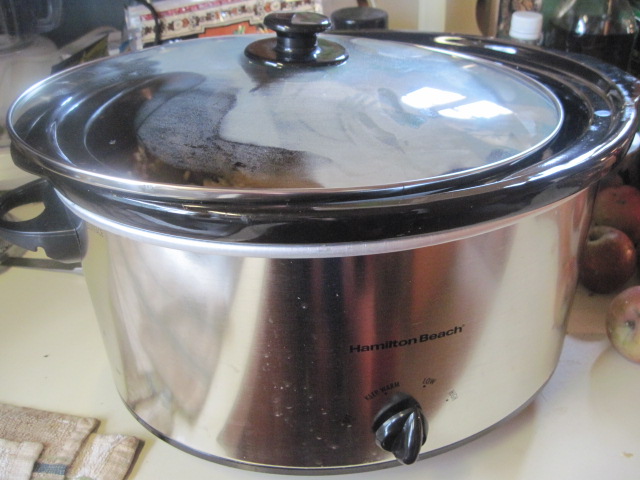 This cooked down for a little over six hours, until it became thick, dark, and pasty. I ran it all one last time through the food mill, using the finest blade to smooth it out even more. 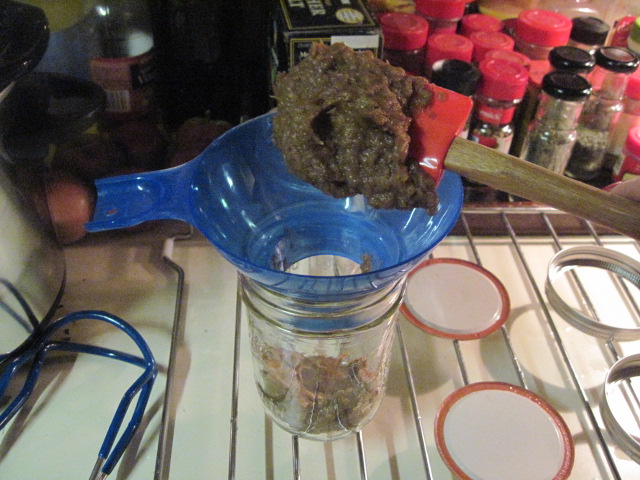 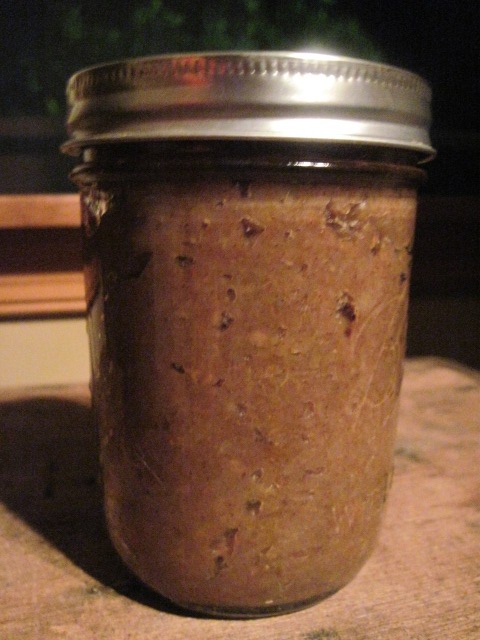 Comment by Christa Nelson on September 12, 2010 at 10:50am
Hi Joanna......thanks for the feedback..........as far as stirring when in the crock pot, i did about every two hours as it just gave me an excuse to check in on it as well as it seemed to blend the more and less cooked parts around, although in the recipe that i worked from it said they just let it go overnight........and your roasted cinnamon pear butter sounds deelish!

Comment by Magpie Ima on October 5, 2010 at 2:22am
I love using my crockpot for preserving: applesauce/butter, tomato sauce, chutneys--couldn't be easier!