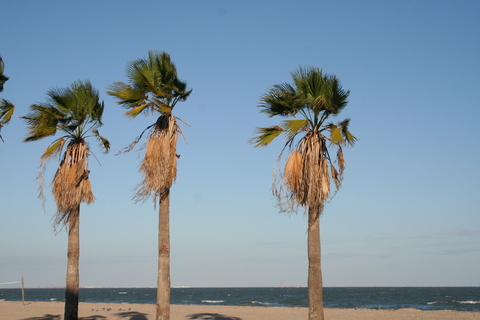 As I have said before, I was born and raised in the wonderfully green State of Washington.  I lived there until I was 22. During that time, I explored the area up around Mt.St.Helens. I splunked in the never ending and forever winding Ape Caves. If you have ever wonder how dark *DARK* really is, go visit the Ape Caves of Washington State. It is always changing inside the caves as Mt.St.Helens is never quiet. She is always rumbling and occasionally spewing steam and small clouds of ash. Each time she trembles, it causes rocks to fall in the caves. I picked mushrooms up there to make a living. The first time I actually went, my ex and I went way up. I learned a valuable lesson that day.... well, maybe two lessons. 1) Never let my ex lead you around the woods cuz he gets lost, and, 2) Always remember where you parked the car. It got dark and the fog rolled in, as it always does up on the mountain. 'Nuff said. The rest gets a bit embarrassing and I will save the story for another time. Washington State is always green. It also rains on an average of at least 6 months out of a year.  And a person doesn't have to worry about fireants or checking for Water Moccasins before going swimming.  And then there's the "Sweet Air". For a person who has never experienced this, it is truly one of my favorite smells.... right after horses and sweet feed. The breeze coming in off the Pacific Ocean and up the Columbia River adds a very "Sweet" smell to the air. And I can't forget another smell.... you just have to close your eye and capture the whole experience.... It's late July and your standing in the quiet peace of the mountains. It's about 85 degrees with a clear blue sky. Next to you, the North Fork of the Lewis River is cascading down over the rocky ledge with enough force that you can feel the spray. The sun has baked the fallen Pine Needles and as you move around, the fragrance fills the air mixing with the smell of the River as it rushes past and the unmistakable scent of Summer. It is one of my favorite "Smell Memories" and I visit it often...lol.

When I was 22, I moved to the South. More specifically, Alabama. A little town called Dora. Blink and you were through it and gone. The South was a huge culture shock for me. At first I felt like I had been thrust back in time to the 1940's, maybe 50's. And even in December, when my flight arrived at the airport, the heat and humidity assaulted me full force. Coming from Washington State, I was not in any way prepared for the warmth. The people were different and I was unsure about how to act. I know that sounds strange, but, that's how I felt. The difference between the Southern folk and Washington State people was generations different.  And I will tell you why......

Washington State people, and I love my home State, are always in too big of a hurry to go absolutely no where. They rush around, always fearful that someone will get in front of them at the next light or that someone else is going to beat them to that really close parking spot. Washingtonians don't take the time to get to know their neighbors anymore. The cities have moved in on the little towns and the gangs have moved in with the cities.  I know it's that way everywhere. It happens as our Country population gets bigger. But, they don't even take the time to talk to a person in the grocery line. Now, remember that I grew up in the country and it became part of the city. The fields I explored and loved as a kid are all gone. Houses are popping up everywhere. The 150 year old apple orchard that all of us neighborhood kids played in is gone. Has been for years.

Southern Folk still gather at the old pumping stations for their morning gab session and some cowboy coffee. Southern folk still go to church on Sunday for GOD and not to see what everyone else is wearing or to hear the local gossip. They sit out on their front porches in the old swing, drinking sweet iced tea and drinking in the smell of honeysuckle and wild grapes in bloom.  The kids were raised to have respect for their elders and to use "Thank You" and "Please". Yes Ma'am and No Sir are habit and used.  People still stop to lend a hand when they see someone that is in need. For example, we were moving a new larger fridge into the house. It was difficult and a man we had never met stopped in front of the house and asked if he could lend a hand.  In the South, discipline is still used out behind the old wood shed.  The kids have chores to do before they go play and they actually do them. People wave at you on the street corners. And BBQ'ing is a necessity of life. As is fried chicken, smashed taters, purple hull peas, and corn bread.

I love the South. Through all our travels out here on the road, it always feels good to be back in the South.  And I love Louisianna. The old Plantation Oak Trees are simply breath taking.

I am not putting down Northern people. Just pointing out the huge differences that I see. Use the South as an example.... don't be in such a hurry to go no where. Take the time to play with your kids in the sprinkler, have a glass of sweet iced tea and sit back in that old porch swing and take in the smells and sounds that encompass you. Take the time to enjoy the life we have been given rather than just merely existing in it. Do something crazy, wild, silly. Make a stranger laugh while you're doing your grocery shopping. Keith and I do that all the time. Just by being ourselves. Think of it this way... that laugh you just gave that stranger will be passed forward to someone else. You made a difference in someone's day. Be that person who started the laugh.

Y'all have fun. Enjoy your day. Laugh a little. Pass it forward. North or South, it doesn't matter.