Thanks to my friend Philip for sharing this. Experimental Utopias are something that fascinate me.
From BLDG BLOG 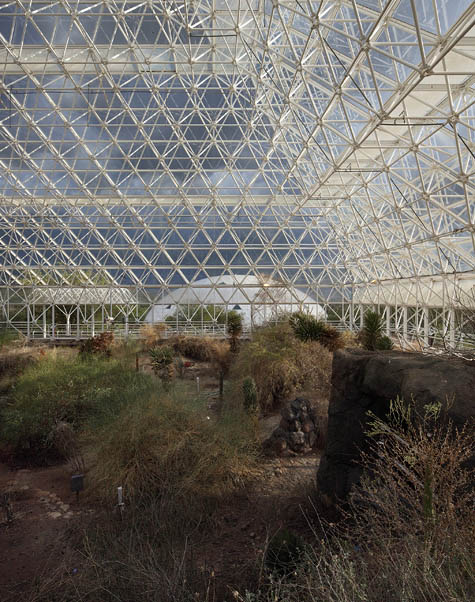 "The largest sealed environment ever created, constructed at a cost of $200 million, and now falling somewhere between David Gissen's idea of subnature—wherein the slow power of vegetative life is unleashed "as a transgressive animated force against buildings"—and a bioclimatically inspired Dubai, Biosphere 2 even included its own one million-gallon artificial sea.

"The structure was billed as the first large habitat for humans that would live and breathe on its own, as cut off from the earth as a spaceship," the New York Times wrote back in 1992, but the project was a near-instant failure.

Scientists ridiculed it. Members of the support team resigned, charging publicly that the enterprise was awash in deception. And even some crew members living under the glass domes, gaunt after considerable loss of weight, tempers flaring, this winter threatened to mutiny if management did not repair a growing blot on the project's reputation.

The entire site was sold to private developers in 2007, leaving the buildings still functional and open for tours but falling apart."