The SWAT team invades our radish harvest! Only in Baltimore.... Yes, you got that right, the SWAT team! We sure had an interesting day picking our first harvest at the Boone Street community garden and urban farm!

Here I am with our first vegetable harvest of white and red radishes. That's Lolita, one of the neighbors and frequent garden visitor standing next to me.

So there we were, giddily snapping pictures of the radishes on Cheryl's cell phone. Immediately after this picture was taken, I turned my head...

And saw people running towards us with automatic weapons and full SWAT gear!

It turns out the SWAT team was invading a house right next to our row of radishes! My friend Cheryl, Lolita, and I were waved out, and we ran down the street past the police blockade. Luckily there was no altercation with anyone inside the house, and I don't even know if people were arrested or not. The funny thing is, we had actually met a few of the people in the house as we were gardening, and they were really quite nice. Of course, I don't know if there were multiple apartments inside that building and the police were coming for someone else we hadn't met.

Waiting around outside the police blockade was actually a nice way to meet our neighbors around the garden! And people were almost as excited to see our radishes as they were to see the SWAT team! A lot of them said they  had never seen white radishes before, and were excited to see that something actually grew in the abandoned lot.

A full post with additional links is located here!

My goodness, I knew urban gardening was exciting, but I didn't expect it to be quite this exciting!

You can see the red radishes more in this pic, although Lolita was blinking! 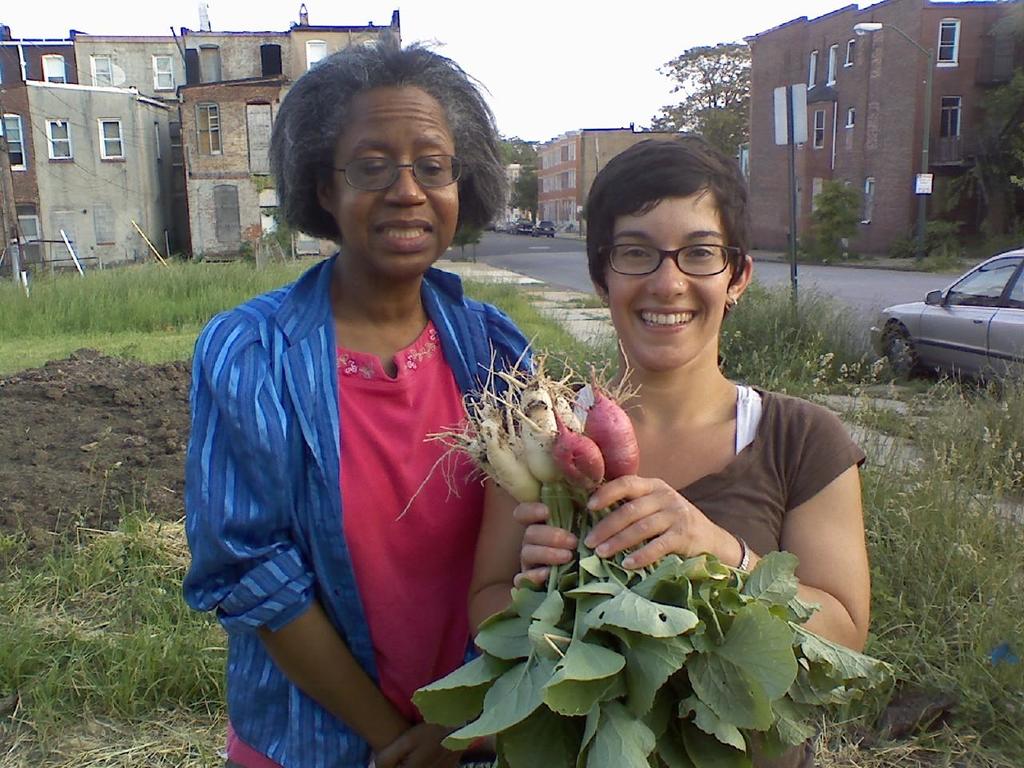 Thanks June! Yes, luckily everything ended quite peacefully. The radishes have since become kimchi! 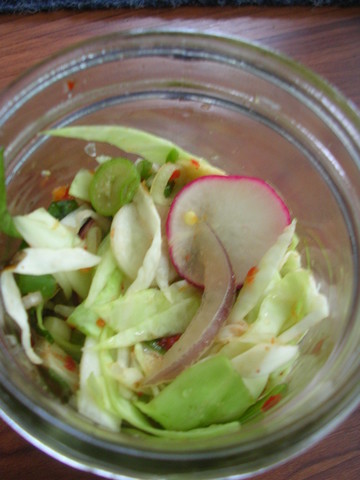 Comment by Cornelia on May 17, 2011 at 1:08pm
Love this story! I guess you just never know how people are going to brush up against you and learn something new. Your proud smile says it all, Aliza - fresh veggies make happy people!

Comment by Cornelia on May 17, 2011 at 1:09pm
Also: this story + your urban deer hunting story tell me that Baltimore City is quite the place! :)

Comment by Harriet Fasenfest on May 17, 2011 at 1:27pm
Ah Aliza, you sell yourself short.  It was the radishes they were after and they created a disturbance to cover their tracks.  I'd check your garden if I was you.  I mean good radishes are hard to come by.  I can't seem to grow them.  Crazy I know but the darn ants usually get them before me.  I generally share with them but I can't figure it out.  Anyone?  Do ants love your radishes??

Haha, thanks Cornelia! Yes, it seems like the more I get into urban homesteading, the more fun adventures seem to keep popping up! I have to say, it beats t.v.!

Harriet, I had no idea that ants could be a radish pest! The only pest problems I've had with mine are when the ground gets too wet and the radishes split open, leaving them vulnerable to pests. Perhaps interrupting the ant trails with something to block their pheremone trails? Maybe planting sprinkling mint in a ring around the radishes or spraying them with an herbal tea? Just guessing here :p

Comment by Mud Pies to Sticky Buns on May 18, 2011 at 3:59pm
Only in Bemore! Great work, I love guerrilla Gardening in Bemore!