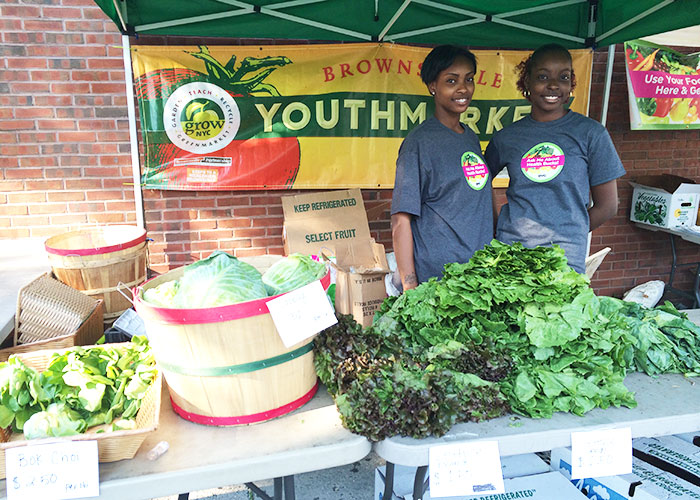 From Grow NYC: "Youthmarket is a network of urban farm stands operated by neighborhood youth, supplied by local farmers, and designed to bring fresh fruits and veggies to communities throughout New York City. Through Youthmarket, families have increased access to farm fresh food; youth in these areas have earned money and learned small-business skills; and farmers in the New York City region are achieving higher revenue through access to under-served markets."

Grow NYC also partners with us—that’s you!—to put on a HOMEGROWN Youthmarket at every Farm Aid concert, including last year’s gig in North Carolina. (That's it in the photo below.) Pretty cool, huh? We thought so, too, and we thought it’d be even cooler to hear from these young folks firsthand: to find out what they’ve learned about farming, eating, and farmers markets—and, most importantly, whether they prefer beets or Brussels sprouts. 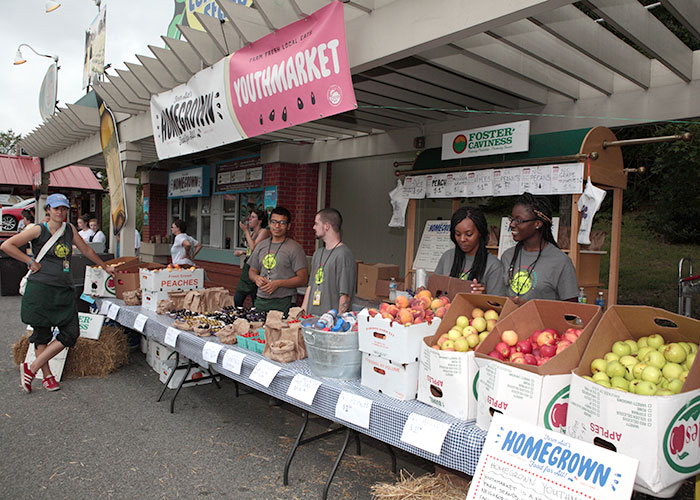 To get us started, we asked Phylisha Conyers, 22, how she got hooked up with Youthmarket. (That's her up top, on the left, with her sister.) Because Phylisha was one of the lucky marketeers who traveled to Raleigh for Farm Aid 2014, we asked her about that, too. Here’s what she had to say:

When I first heard of the Youthmarket, I wasn't really sure what it was. I heard about it from one of my advisors from school. She told me how the Youthmarket was a little market that sold produce outside to the community in the Lower East Side. It sounded pretty interesting, plus it was something I'd never done before.

I am always down to learn new things.

I thought that, working the Youthmarket, I could learn things about produce that I probably didn't know before. When I started, I learned there was actually a lot I didn't know.

I've learned so much about farming and where all the different produce grows and comes from, and just how important it is for us to get fruits and veggies in our daily lives. I think I took a lot with me that I learned from working at the Youthmarket.

I have to say that my Farm Aid experience was better than I thought it would be. At first, I was really nervous because I've never been out the state or done anything like this before. I wasn't really sure what I was getting myself into.

But I can honestly say that being in North Carolina and a part of Farm Aid was the best fun I've had in a long time. I met lots of amazing people. I learned more about farms and how much hard work these great farmers put into their work. Farm aid was such a great experience and opportunity. If I can do it all over again, I will. :)

Phylisha, we might take you up on it. Thanks for your hard work!

Minority farmers deserve the same opportunities I had

Bringing Competition Back to the Meat Sector